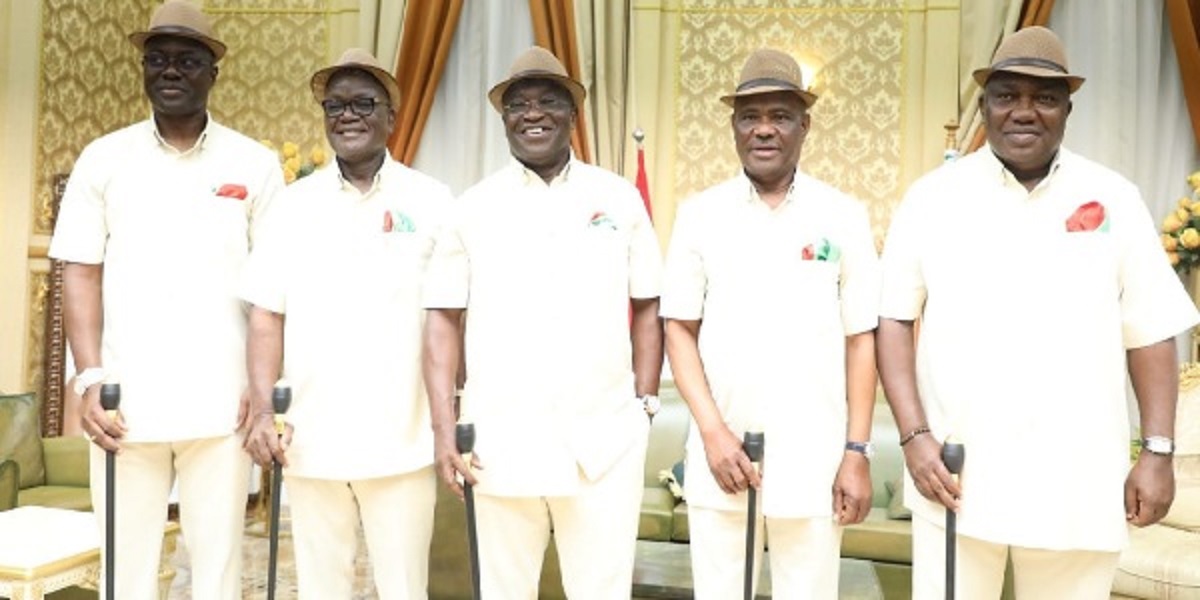 NewsOnline reports that the G-5 Governors of the Peoples Democratic Party (PDP) have arrived in Ibadan, Oyo state capital, for the flag-off of the re-election rally of Seyi Makinde, the state governor.

The G5 arrived at the venue of the campaign flag-off at exactly 1 pm.

As the governors arrived, party loyalists from all the 33 Local Government Areas of the state, thronged the major roads leading to Mapo Hall, as security operatives made frantic efforts to control the crowd.

Speaking at the rally, Ikpeazu called on residents of the state to vote for Makinde, adding that what he would do in the next four years if elected will be more than what he has done before.