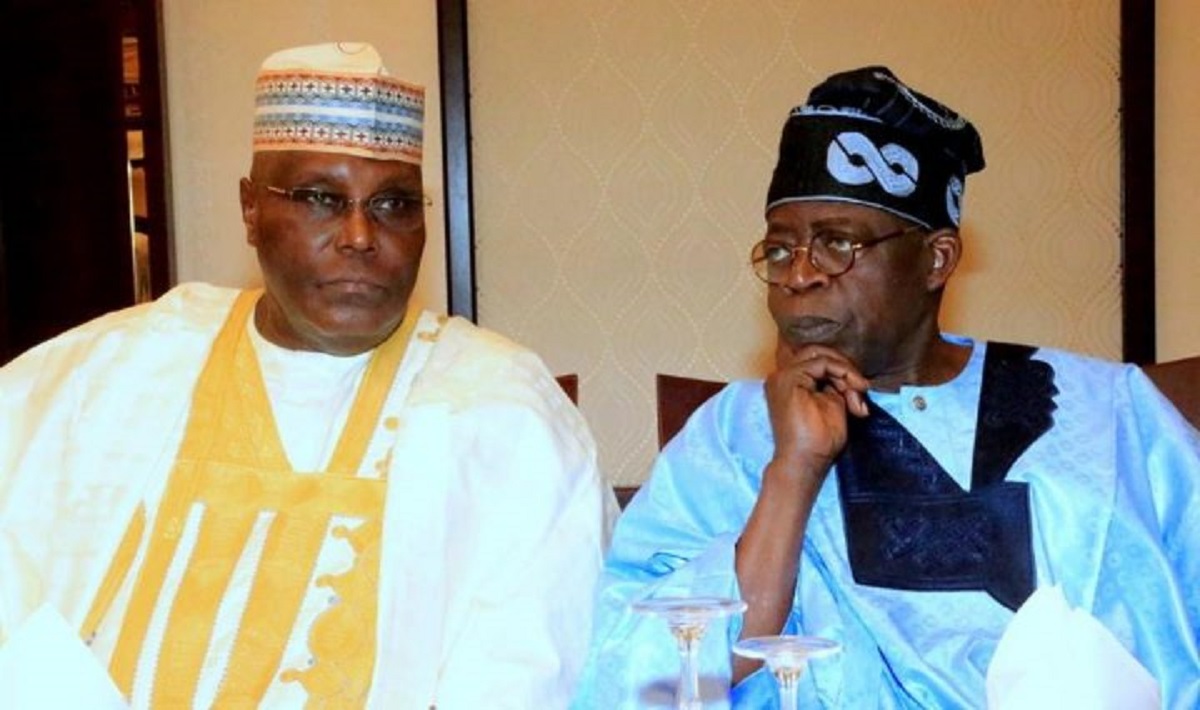 The presidential candidate of the Peoples Democratic Party (PDP), Atiku Abubakar has slammed his co-contestant for the position of presidency, Bola Tinubu, asking him to bury his head in shame, as the president, Buhari, does not believe in his capacity to lead Nigeria.

Newsonline reports that Atiku’s statement to the All Progressives Congress (APC) presidential candidate, Bola Tinubu, comes after the latter slammed Atiku in Kano State on Wednesday.

The former Lagos State governor, in a less than one-minute speech at Kano APC presidential rally, said what Governor Wike of Rivers State- a PDP governor – told him that Atiku lacks integrity is true.

Tinubu in Kano said the former vice president cannot be trusted to keep the promises he is making during the campaign. He further told Kano residents not to vote for the PDP presidential candidate.

In reply to that attack on the integrity of the former vice president, spokesman of the Atiku/Okowa presidential campaign council, Kola Ologbondiyan, said Tinubu should be ashamed that President Buhari whom he claimed to have made president in 2015 has distanced himself from his campaign.

In a statement by Ologbondiyan, Atiku said Tinubu is talking about integrity when there are several graft allegations against him.

“Is it not an absurdity that a presidential candidate that is beleaguered by several allegations bordering on corruption, perjury, [and] identity theft could muster the courage to address any gathering whatsoever on the issue of Integrity?” Atiku asked.

“The Atiku/Okowa campaign says the continuous absence of President Buhari at the APC presidential campaigns showcases a concern by Mr President that Tinubu will lose a free, fair and credible poll at the February 25 presidential election,” Ologbondiyan added.