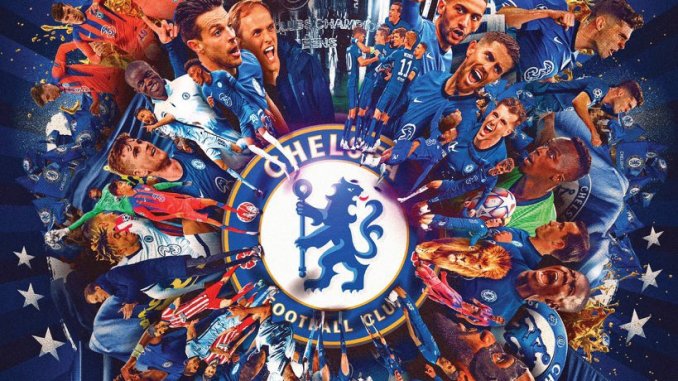 The wait is almost over as Manchester City and Chelsea get ready to battle it out for Europe’s most prestigious prize.

City overcame Paris Saint-Germain to book their place in their first-ever Champions League final while Chelsea saw off Real Madrid in the search for their second crown in Europe’s elite competition.

A fascinating contest between the two English giants awaits us, and with plenty of talent on display it should be a thrilling fight to the death.

But while Kevin De Bruyne, Phil Foden, Riyad Mahrez and Co will be hoping to outshine their attacking counterparts at Chelsea – like Mason Mount, Kai Havertz and Christian Pulisic – it’s in defence where the European final could be won or lost.

Most of the talk is about both sides’ star-studded attacks heading into Saturday’s showdown but if it wasn’t for their respective backlines, perhaps City and Chelsea would not have secured their passage to the biggest fixture in club football.

City’s defence, most notably due to the heroics of Ruben Dias and John Stones, kept out PSG’s fearsome threat of Neymar, Kylian Mbappe and Co while Chelsea stayed impressively resolute against Madrid at the semi-final stage.

But this has been the norm in this season’s Champions League, and both sides can point to having the joint-meanest defences in Europe right now.

Both English giants have conceded just four times in the competition this term in 12 matches, two fewer than any other side despite having played more games.

Premier League rivals Liverpool have the third-best defensive record in the Champions League, conceding six times in 10 games while Ajax and Juventus have shipped seven and eight goals respectively.

And in these 12 matches for City and Chelsea, they have kept a remarkable eight clean sheets each compared to Liverpool’s seven.

There has been absolutely no let up at the back, with opponents denied even a sniff at goal in the Champions League. Neither team has made a defensive error that has led to a goal.

Furthermore, City and Chelsea both possess a commanding presence in defensive set-piece situations, with Pep Guardiola’s side only conceding once compared to Chelsea’s two.

Yes, City and Chelsea tend to dominate the ball when playing but the respective defences are more than doing their job when called upon in their quest for Champions League glory.

In fact, both sides’ impressive form in defence goes deeper than just the Champions League.

After a sloppy start to the season, City have been formidable at the back stretching back to December when they turned their fortunes around to storm to the Premier League title.

And they have Dias and his unlikely partner Stones to largely thank for that.

Stones’ City career looked dead and buried due to a mixture of injuries and poor form, but he has enjoyed an incredible renaissance to put City on the verge of history.

The Etihad outfit have kept a remarkable 32 clean sheets in just 60 matches this season, conceding only 41 times. And errors have led to goals only on four occasions.

City have been putting bodies on the line, and that was evident in the second leg against PSG as Mauricio Pochettino’s men kept coming forward in desperate search of a goal only for Dias and Stones to block everything that came their way.

Dias, who was crowned FWA Footballer of the Year last week after taking England by storm, has proved the perfect partner for Stones in the heart of defence.

Meanwhile for Chelsea, their fortunes – especially in defence – have been transformed since Thomas Tuchel took over at Stamford Bridge at the end of January after club legend Frank Lampard was dismissed.

And the Blues have enjoyed similar success to Saturday’s opponents in all competitions this term, helped massively by Tuchel’s appointment.

The Blues however have conceded double as many goals from errors this season (eight) compared to Guardiola’s side.

But when you consider how shaky the Blues were under Lampard prior to his dismissal, Tuchel deserves huge plaudits for keeping his side tight at the back when under immense pressure.

And one man in particular has benefitted from Tuchel’s appointment at Stamford Bridge.

That man is Antonio Rudiger, whose Stamford Bridge career seemed all-but over during Lampard’s final days in charge of Chelsea after the German defender was deemed surplus to requirements.

But under Tuchel he has enjoyed a brilliant revival, and is now in line for a new contract in west London after establishing a very solid partnership with veteran centre back Thiago Silva.

In 24 matches that he has played under his compatriot, Rudiger has helped keep 14 clean sheets, and Chelsea have only let in 10 goals in that period.

Rudiger has proved better in most departments since Tuchel took charge, producing 1.4 tackles per game compared to just 0.7 when playing under Lampard.

The 28-year-old’s stats are also up on the interception front, making 0.8 per match now compared to 0.6 under Lampard. And he is also making 1.6 recoveries more each game under his German manager.

With his future previously uncertain, there would be no better time for Rudiger to prove he is ready for a new deal than against City in Porto.