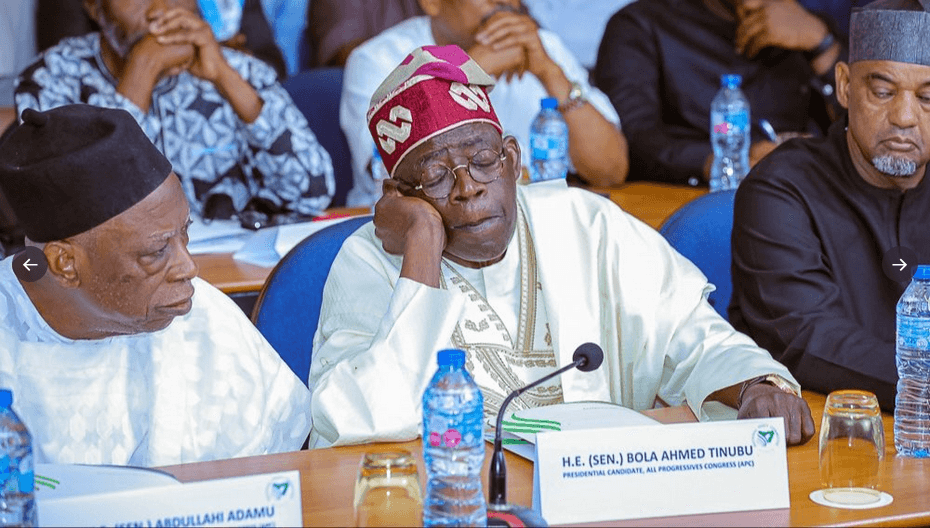 Hajia Naja’atu Muhammad, former Director of Civil Society in the Presidential Campaign Council of the All Progressives Congress (APC) has said Tinubu is mentally deranged and cannot hold a cup of tea.

NewsOnline reports that Hajia Naja’atu Muhammad accused the media of underreporting the mental state of the former governor of Lagos State and imposing him on Nigerians as fit.

Hajia Naja’atu Muhammad who said this in an interview with an online daily noted that her visit to the APC presidential candidate in London revealed to her that he had been supporting an unwell candidate to carry a big load of governing over 200 million Nigerians.

She further revealed that Tinubu in the two hours of their discussion could not speak but sleep intermittently. She said Bisi Akande was the person who took over the discussion from Bola.

Naja’atu Muhammad said, “Asiwaju that I sat with for two hours, he slept most of the time, it was Bisi Akande that I was really talking to. Most importantly he is not only physically unfit, he is mentally unfit, whether we want it or not, this is the truth. It’s not that I hate him, I respect him because I have heard of one or two people that he assisted which is good.

“But when you talk of leadership of over two hundred million people you know that if you remove tribal sentiments, you know that he is incapable, those that will rule are those around him. This is the reality. He is mentally deranged – I said it!

“I sat with him for two hours in London, when you talk of green, he will give you an answer of red, he can’t even decipher, he has very serious dementia, I believe he has Alzheimer’s because he cannot even hold a cup of tea.

Blaming the press for underreporting the health challenges of Tinubu Naja’atu Muhammad continued, “If you remove tribal sentiment, if you remove the Lagos/Ibadan press, if Tinubu were not a Yoruba man, he will not dare contest election because they will crucify him, but people are all there to defend him because he is Yoruba, it’s egbe omo Oduduwa over everything else.

“I was in the campaign for Yola, and we had to beg them to take the mic from him, everything about Tinubu is based on lies. Imagine he is an Hausa man, will he contest elections with all these gbese on top of him? In this campaign nobody should talk of corruption because they are corruption personified.”