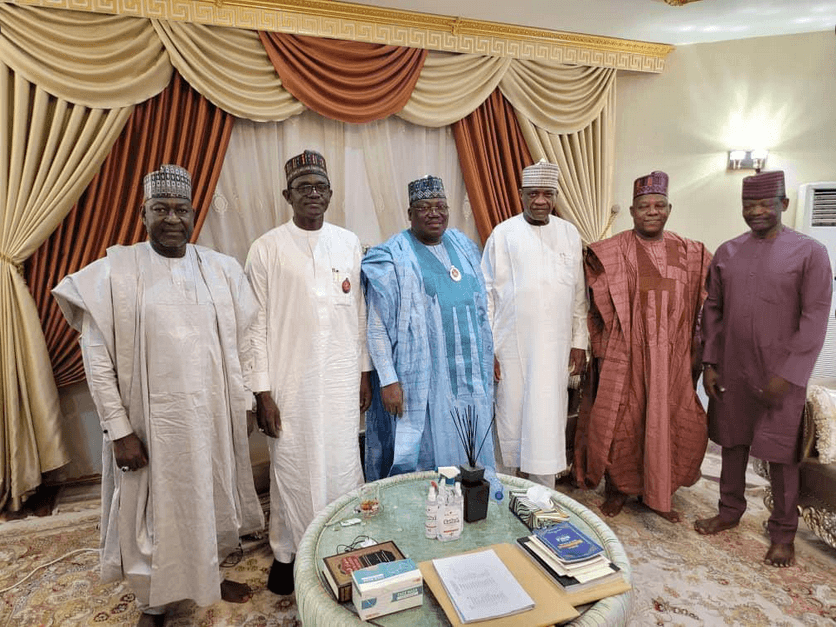 The senator representing Yobe North senatorial district and the highest ranking member of the APC in the region hosted Shettima and other party members from the region in his home in Yobe state on Tuesday. 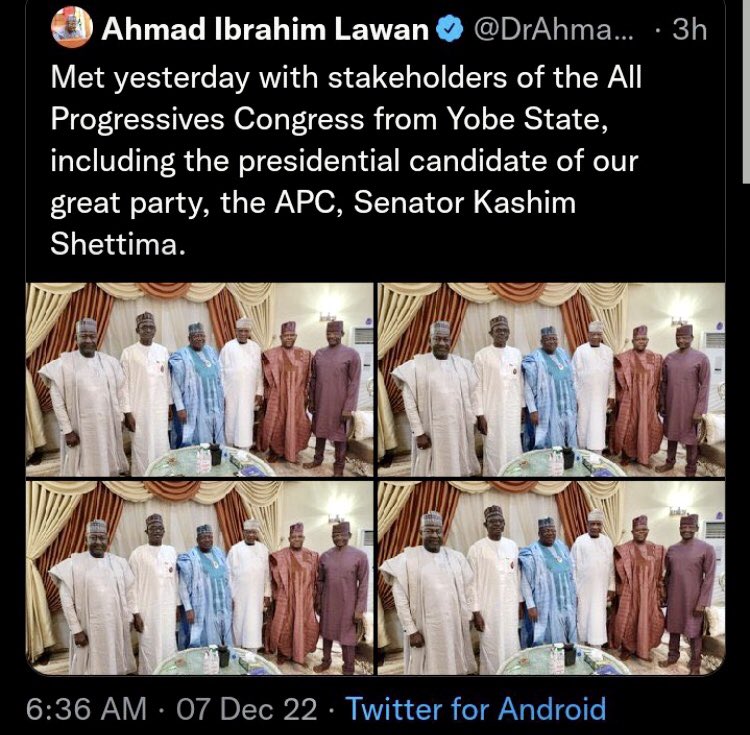 He tweeted, “Met yesterday with stakeholders of the All Progressives Congress from Yobe State, including the presidential candidate of our great party, the APC, Senator Kashim Shettima.”

Following reactions from Nigerian voters on who actually is the presidential candidate of the ruling party, the senate president deleted his earlier tweet.

He wrote later, “Met yesterday with stakeholders of the All Progressives Congress from Yobe State. Also in attendance was the Vice Presidential Candidate of our great party, the APC, Senator Kashim Shettima.”

Reacting to the earlier made tweet by Lawan, Tinubu presidential campaign council director of new and digital media described as trolls Nigerians who raised suspicions about the tweet.

Femi Kayode described the above-screenshoted tweet as “total fabrication and a big lie”.

Kayode tweeted, “I really do wonder how desperate the opposition and their social media trolls can get?

“The tweet pictured below is a TOTAL fabrication and a BIG LIE.

Canada Government Jobs For Immigrants In 2023