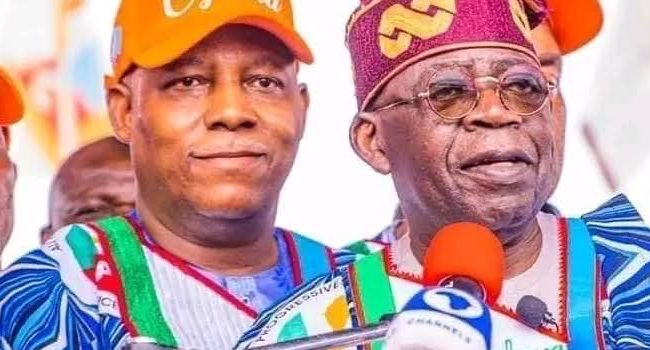 The All Progressives Congress (APC) has released the full timetable for its 2023 presidential campaign for its candidate, Bola Tinubu, and his running mate, Kashim Shettima.

Newsonline reports the timetable which was released on Wednesday shows that the ruling party will kick off its campaign with a rally in Jos, the Plateau State capital, on November 15, 2022.

The grand finale has been fixed for Lagos State on February 13, 2023.

Apart from rallies in the states of the federation, the released APC calendar also shows a schedule for various zonal rallies, town hall meetings, international engagements and break time.

However, one major observation from the released calendar is the rally fixed for Monday 30th January 2023 in Anambra State.

The Anambra rally caught the attention of political observers due to the date as it coincides with the usual sit-at-home declared in the southeast region by members of the proscribed Indigenous People of Biafra, (IPOB)

Recall that Mondays have been taken over by the sit-at-home order issued by the Indigenous People of Biafra (IPOB) in 2021 in solidarity with its leader, Nnamdi Kanu, who has been detained by the Department of State Services since June 2021.

The sit-at-home order seems to have come to stay as the people of the region have continued to observe it, especially as in many cases, some people were attacked, brutalised, or even killed and their properties destroyed by enforcers of the order.

With the development, many business premises and even some government offices do not open on Mondays as business owners and some government workers have seen the day as a permanently established holiday, despite its adverse effect on businesses and the economy of the region.

Nigerian-Born Amanda Azubuike Emerges As Brigadier-General In US Army