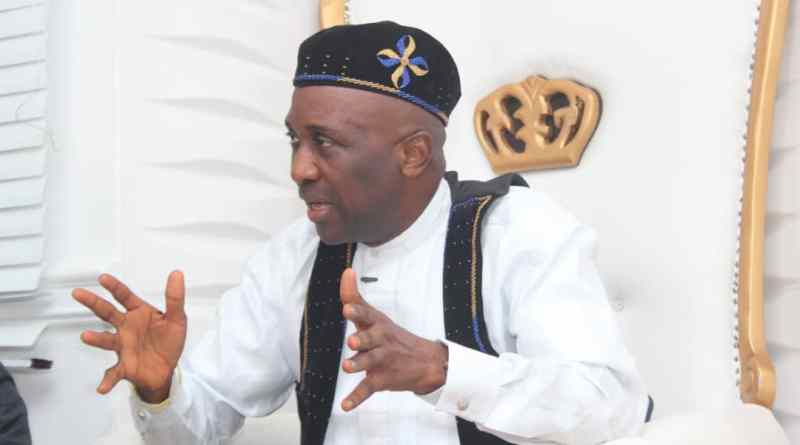 NewsOnline reports that the Leader Of INRI Evangelical Spiritual Church, Primate Elijah Ayodele has released prophecies for telecommunication companies, stating what they should expect in the year 2022.

In a 90-paged 2022 prophecies released on Wednesday, 22nd Of December, 2021, made available to NewsOnline Nigeria, the man of God mentioned top telecommunication companies including Glo, Airtel, MTN, 9mobile and others.

For Airtel, Primate Ayodele asked the directors to pray against death.

‘’Airtel will get a new Board and also must be careful not to be bereaved. Their efforts will be frustrated in some part. VAT on Telecommunications and Tariff will be increased.’’

For 9mobile, Primate Ayodele said the company should pray not to lose any of their seasoned staff and that he foresees their services having so many downtimes in the year,.

For MTN, the man of God warned the company to be careful because he foresees litigations.

Primate Ayodele is the only Nigerian prophet that speaks on every sector of the society in his prophecies. Apart from telecommunications, he also touched politics, governance, education, business, and many more in his 2022 prophecies.