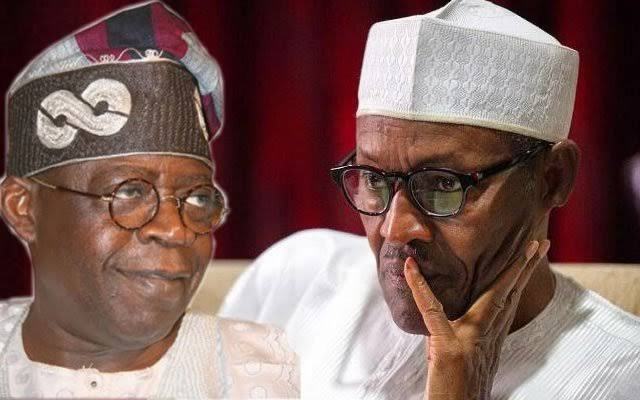 President Buhari’s Position On Tinubu Becoming President In 2023 Has Been Revealed By His Minister.

NewsOnline Nigeria understands that a serving minister in President Muhammadu Buhari’s cabinet has said that the President is not convinced that a former Lagos State Governor and National Leader of the All Progressives Congress, Bola Tinubu, should be his successor by 2023.

The cabinet member told Daily Trust that President Buhari had not hidden his position that he was not interested in Tinubu’s candidature.

“The president is not interested in Tinubu’s candidature because he is not convinced that Asiwaju is the right person to succeed him,” the minister said.

The crack between Buhari and Tinubu has conspicuously widened as sources in the Presidency explained why Buhari would not support Tinubu’s 2023 ambition.

A member of the first family stated that there are efforts to convince the president to support a candidate who would protect his (Buhari’s) interest when exiting the presidency in 2023.

The last time the two leaders met was on January 7, 2020, when Tinubu, a former Lagos State governor, visited the State House, Abuja.

Multiple sources said all is not well between the duo.

After three attempts for the presidency, Buhari aligned with Tinubu and others to form the All Progressives Congress (APC) in 2013, leading to his victory.

After Buhari, however, took over, Tinubu was not seen around the presidency until 2018, when the politicking for the 2019 general elections commenced.

Since President Buhari’s second term’s commencement, the former Lagos State governor has only visited the president occasionally. Despite the COVID-19 pandemic, the president has been hosting top members of the party.

On Monday, he met with former Governor Gbenga Daniel and ex-Speaker of the House of Representatives, Dimeji Bankole.

On Tuesday, the president met with Governor Samuel Ortom of Benue State.

Though Asiwaju is reportedly out of the country, his “distance from the Villa” is being interpreted in many quarters as a manifestation of a rift between his camp and President Buhari, with the 2023 presidential election as the bone of contention.