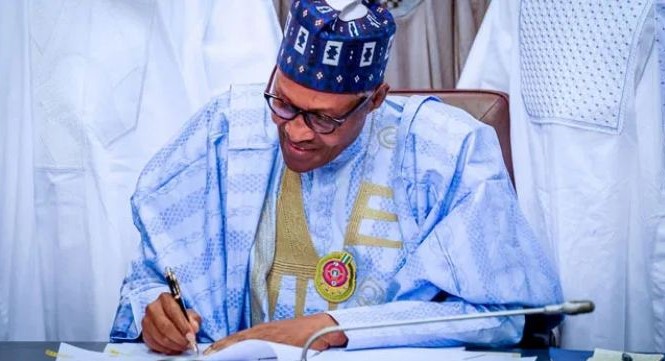 President Buhari has made a new appointment from Paris.

News Online reports that President Muhammadu Buhari has approved the appointment of Mallam Abubakar Nuhu Fikpo as the substantive Director-General of the National Directorate of Employment (NDE).

The appointment, News Online understands was contained in a statement on Tuesday evening by Garba Shehu, Senior Special Assistant to the President on Media & Publicity.

Before his appointment, Mallam Fikpo held the position in an acting capacity.

President Buhari has also approved the appointment of Comrade Issa Aremu as the Director of the National Institute for Labour Studies (NILS).

Comrade Aremu has been a notable Trade Unionist who has risen through the ranks in the Trade Union hierarchy in Nigeria.

The appointments which are for a period of four years take effect from May 18, 2021.