Home Headline JUST IN: Nigerians Vow To Deal With Buhari Tomorrow In Lagos 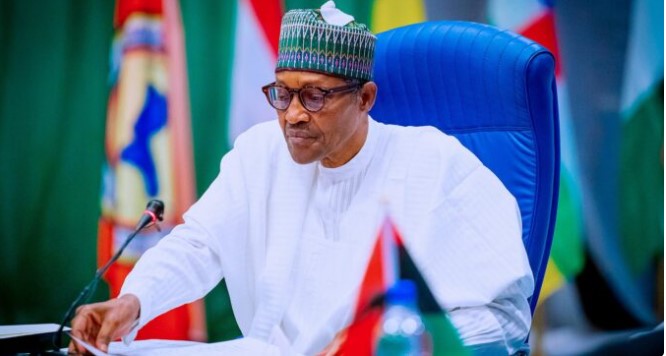 Nigerians on social media have vowed to boo President Buhari tomorrow in Lagos.

News Online gathered that Buhari is expected to commission some projects in Lagos state on Thursday.

A top source in the Nigeria Police Force told our correspondent on Wednesday that barring any last-minute challenge, the President will fly into Nigeria’s economic hub from the seat of power in Abuja on Thursday.

The source, who craved anonymity because he was not permitted to officially speak on the matter, told The PUNCH that Buhari’s “advanced team are already in Lagos and the President should be in the state if the weather is okay for flight”.

The source further said the presence of the Inspector-General of Police, Usman Baba, in Lagos, is part of the preparation to receive the President and tighten security before his arrival. Baba arrived in Lagos on Wednesday on a three-day work visit.

“Construction started in March 2017, and test-running commenced in December 2020.


“The Ebute Metta Station, known as the Mobolaji Johnson Station, is the largest railway station in West Africa with a holding capacity of 6000 passengers.

“President Buhari is committed to developing a modern national railway network that will connect every part of Nigeria, and promote trade, travel, tourism, commerce and national integration. — Presidency.”

Motorists and commuters are expected to be slightly inconvenienced as the President’s visit is expected to affect traffic flow due to the closure of some roads.

The last time the President visited Lagos was on Wednesday, April 24, 2019, during the tenure of All Progressives Congress Governor, Akinwunmi Ambode.

During the visit, Buhari inaugurated some projects which include the Institute of Maternal and Child Health at Ayinke House; an ultra-modern 170-bed Obstetrics and Gynaecology specialist hospital located within the Lagos State University Teaching Hospital and Lagos Theatre at Oregun, Lagos.

Meanwhile, News Online reports that after the Inspector-General of Police, Usman Alkali Baba was disgraced by Lagosians upon his arrival in the state on Wednesday, the same thing might happen to the President.

Congratulating Lagosians for disgracing the IGP,  the publisher of Sahara Reporters , Omoyele Sowore tweeted, ‘#Buharimustgo Thank you Lagos, @MBuhari too is likely coming to Lagos tomorrow, kindly show him some “love” # June12protest #RevolutionNow

#Buharimustgo Thank you Lagos, @MBuhari too is likely coming to Lagos tomorrow, kindly show him some “love” # June12protest #RevolutionNow

Someone that couldn't go for Burial of Army chief for fear of crowd control is going to Lagos? Stop him!! #KeepitOn

See all securities operative follow the criminal ig while no securities to protect the citizens, if the country is save what will this kind of heavy securities following just one person

Even the richest man on earth don’t use this kind of convoy.

With language we will understand??.

When we show @mbuhari some love, he will just ban lagos state too