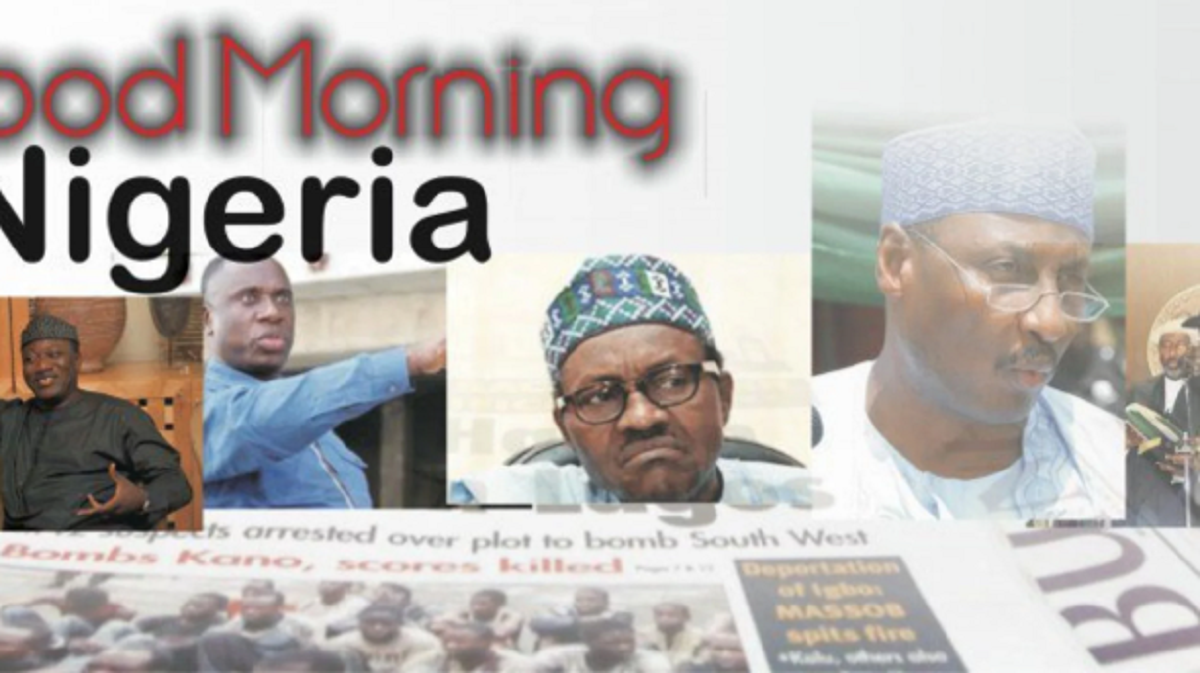 1. The Federal Government yesterday denied any increase in the pump price of Premium Motor Spirit, popularly known as petrol, despite the hike in the cost of the commodity across the country. The Minister of State for Petroleum Resources, Timipre Sylva, in a statement, said the president is yet to approve the new price.

2. The All Progressives Congress has claimed Vice-President Yemi Osibanjo is not involved in the campaign of the party’s presidential candidate, Asiwaju Bola Tinubu because President Muhammadu Buhari asked him to concentrate on governance.

3. The Borno State Police Command said it arrested a nine-man gang of serial ritualists known as “Karangiya” who specialised in dismembering their victims’ body parts. The Commissioner of Police, Abdu Umar, who disclosed this to journalists on Friday, said they were arrested on December 16, 2022, by men of the command.

5. At least nine corpses were recovered Friday after a deadly attack in the Abagana community, Makurdi, the Benue State capital, by armed men suspected to be Fulani herdsmen. The Special Adviser on Security Matters to the Benue State Governor, Paul Hemba, who confirmed the incident said a family of six were whipped out in the attack.

7. Rivers State Governor, Nyesom Wike, has threatened to cancel the approval for the use of Adokiye Amiesimaka Stadium in Port Harcourt for the campaign of the Peoples Democratic Party (PDP) presidential candidate, Atiku Abubakar. Wike said the Director-General of the Presidential Campaign Council (PCC) in the state, Abiye Sekibo, had been accessing the venue a month before the February 11 date.

8. The National Population Commission (NPC) has fixed the national population and housing census for March 29 to April 1, 2023. Nasir Kwarra, NPC Chairman, disclosed this while speaking with State House reporters after meeting with President Muhammadu Buhari at the Presidential Villa, Abuja, on Friday.

9. The National Peace Committee has again, appealed to presidential candidates in the forthcoming general elections to moderate their languages as they continue their various campaigns ahead of the exercise. The committee equally appealed to the candidates to not only show respect to the views and concerns of one another but also listen to the concerns expressed.

10. The Taraba State Police Command has confirmed the abduction of two wives and six children of the First Class Chief of Mutum Biyu in Gassol Local Government Area of Taraba State, Alhaji Sani Kachalla Duna. The command’s spokesperson, Abdulahi Usman, confirmed this in a phone interview with our correspondent.