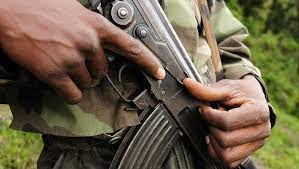 Nigerian Judge has been kidnapped inside Court.

News Online reports that gunmen have abducted a judge identified as Alhaji Husaini Sama’ila at a Sharia Court in Bauren Zakat village in Safana Local Government Area of Katsina State.

The attackers, News Online learned broke into the court around 3pm on Tuesday and abducted the judge.

Katsina is one of the states most affected by terrorism and banditry in Nigeria’s North-West region.

On December 11, 2020, some bandits kidnapped 344 students of Government Science Secondary School, Kankara. They were released about a week later.

However, on December 19, 84 Islamiyya students of Hizburrahim Islamiyya in Mahuta village, Dandume Local Government Area of the state were also kidnapped but rescued shortly after.