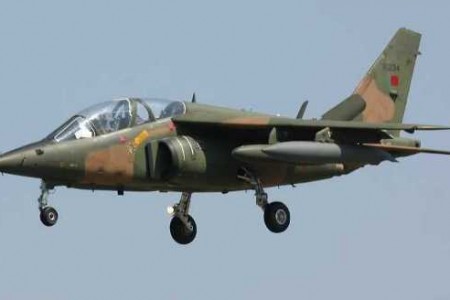 Nigerian Air Force has given an update on a fresh alleged Military Plane crash.

News Online reports that the Nigerian Air Force (NAF) has debunked a report by an online medium (Sahara reporters) that its ATR 42 aircraft heading for Owerri, Imo state to aid military operations in the South-east region, crash-landed in Akure, the Ondo state capital.

Sahara reporters, News Online understands, further alleged that the incident occurred about two weeks ago, a week before the late Chief of the Army Staff, Lt.-Gen. Ibrahim Attahiru, died in a similar NAF jet crash in Kaduna state.

However, Director of Public Relations and Information NAF, Air Commodore Edward Gabkwet in statement Thursday, described the report as false.

“This distraction is false in its entirety. The fake report has again proven that some people are working overtime and hell-bent in tarnishing the good image of the Nigerian Air Force (NAF) at all cost.

“Sadly, it is an effort in futility as the NAF remains focused as it carries out its constitutional role of defending our dear Nation alongside sister Services and other security agencies,” the statement said.