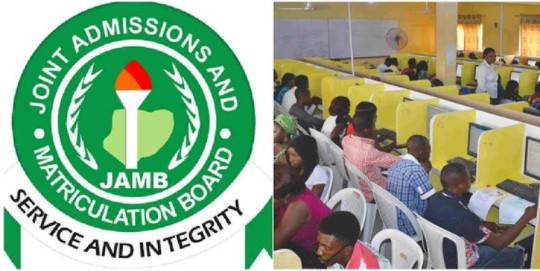 News Online reports that the Joint Admissions and Matriculation Board (JAMB) has said that the possibility of shifting the date for the 2021 Unified Tertiary Matriculation Examination (UTME) is very high.

According to a report by Channels TV monitored by News Online JAMB registrar, Prof. Ishaq Oloyede explained that this was because of the inability of at least 600,000 candidates who have indicated interest to participate, to register for the examination scheduled to hold between June 5 and 19.

News Online gathered that while speaking at a virtual meeting with 2021 UTME committee members on Friday, May 14, he disclosed that 1.1 million candidates have so far registered for the 2021 UTME.

ALSO: Full List Of Jamb Subjects Combinations For All Courses 2021

He stressed that the board anticipated approximately 1.9 million registrations at the end of the exercise. Oloyede noted that while 50% of the candidates have already registered without problem, there was a need to carry everyone along.

The examination body, which is responsible for the conduct of the entrance examination into the nation’s tertiary institutions, had directed candidates to provide two pictures in the exam script.

Oloyede, News Online learned apologized for the new initiatives introduced in the 2021 UTME, noting that it was not to punish candidates but to expose candidates who engage in the habit of indulging in various forms of malpractices.

The JAMB boss added that he is meeting with stakeholders to discuss whether the commission would shift the exam date forward or not.

Meanwhile, News Online had previously reported that the National Information Management Commission (NIMC) came up with an initiative that would make the Unified Tertiary and Matriculation Examination (UTME) and Direct Entry (DE) registration hitch-free.

It was reported that the applicants who have not received a profile code for their UTME/DE registration are expected to follow four basic steps to address the issue.

In a related report, JAMB added more measures for the registration process in its ongoing UTME and DE in its efforts to protect prospective candidates from being swindled by fraudsters.

This was contained in a statement issued on Thursday, April 22, by the board’s head, public affairs and protocol, Fabian Benjamin.