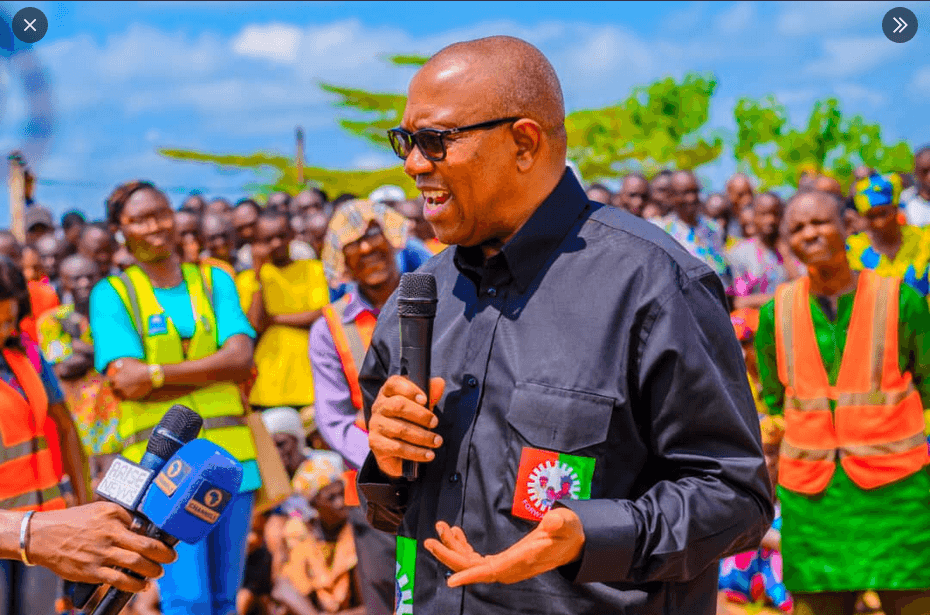 The presidential candidate of Labour Party, Peter Obi, has called on Nigerians not to be deceived by those who are against savings but in support of corruption.

NewsOnline reports that the former governor of Anambra State, an indirect reference to APC presidential candidate, Bola Tinubu, said he not only saved the wealth of Anambra but also developed the state in line with MDGs development benchmark.

Peter Obi made the clarification following a question from one of the listeners who asked if his stinginess would not affect the development of the country.

Obi in reference to Bola Tinubu’s statement in Ondo, that if he is elected, he would save and allow Nigerians to die in hunger, said Nigerians should not forget that while former political officeholders have kept the country down through looting of state resources, he developed Anambra state without looting a kobo and saved for the state.

The Labour Party presidential candidate challenged anyone who would indict him for one corruption case. He said he would resign from the presidential race if anyone can bring up an accusation that he looted the treasury of Anambra as governor.

Obi promised that if elected, he would be stingy to ensure that the resources of the country will be used to develop all sectors of the country. He added that he will arrest all cases of oil theft and bring the country out of N77 trillion debt.