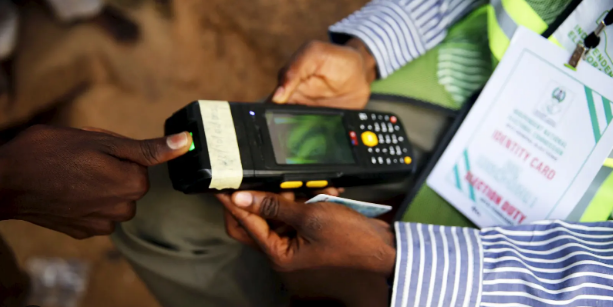 The Independent National Electoral Commission (INEC) and the Inter Party Advisory Council (IPAC) have failed to come to agreement on inspection of BVAS allocated to Cross Rivers for the forthcoming elections.

NewsOnline reports that the insistence for inspection by IPAC – a group consisting of different political parties – followed allegation that some of the Bimodal Voter Accreditation System (BVAS) allocated to Cross River State were found in Governor Ben Ayade’s house.

Cross River State Resident Electoral Commissioner (REC), Gabriel Yomere, at a meeting with security chiefs and representatives of political parties in Calabar on Tuesday, insisted that the 3,281 BVAS allocated to the state were intact.

He refused to allow IPAC led by its Cross River State chairman Anthony Bisong inspect the BVAS. Yomere said BVAS for the forthcoming election is intact. He added that he would resign if anyone could prove that the BVAS were tempered.

The state REC’s insistence made Anthony Bisong and other members of IPAC to walk out of the meeting.

“No BVAS left INEC office to any other place. INEC is fully in control. Preparation for the 2023 general elections is going on smoothly,” he said.

Yomerer maintained that “there is nothing INEC is hiding.” He added that the Police and DSS have inspected the BVAS and found out that they have not been configured as erroneous being alleged. He maintained that no one will interfere with the BVAS as INEC is committed to giving the country a free and fair election.

“We know our BVAS. If Agba Jalingo (who made the allegation) can bring BVAS that belong to this office, I will resign my position. I did physical counting of the BVAS which have not been configured. So it will be useless for anyone to steal them.

“They are empty. They will be configured according to polling units. What has been done is to test them for functionality,” he added.

Cross River State Deputy Commissioner of Police in charge of Operations, Frank Inaku, confirmed that the BVAS were intact after the police and DSS inspected the machines.

‘Obi Is My Tenant In Lagos, You Owe Me Votes’ – Tinubu Tells Abia Supporters