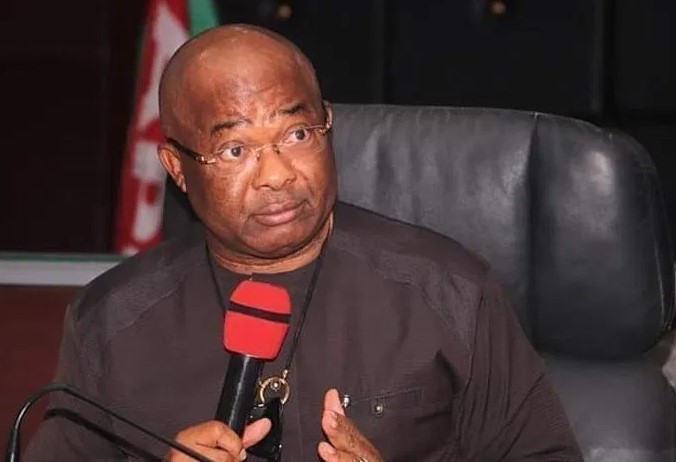 Governor Hope Uzodinma has threatened to deal with APC Members and other elements making Imo state ungovernable for him.

News Online reports that Governor Hope Uzodinma has accused aggrieved members of his party, the All Progressives Congress (APC), and the opposition party of fighting his government.

ALSO: Amaechi, Umahi, Others Being Considered For President By North [Full List]

Uzodinma said this at the inauguration of a security council at the grassroots level to proffer solutions to the state’s security challenges.

“The opposition party and some aggrieved members of our party who are hiring boys from neighbouring states to come in here, allow me, I will deal with them. I can assure you, leave that for me,” Uzodinma said.

The Governor vowed to deal with the people who, according to him, are threatening him and his administration, adding that “they will be ungovernable themselves.”

JUST IN: NYSC Gives Update On Corps Member Being Mobilised For War

Uzodinma called on traditional rulers in the state to help in the fight against insecurity, urging them to fish out criminals in their domains.

“I had advised that traditional rulers should warn these boys,” the governor added.

“You should warn them because I am bringing a security strategy, known and unknown, to manage the security In Imo State.

“This council must now go home and get us the names of every criminal in their communities,” he said. “You must collect intelligence for us and security agencies to work. ”