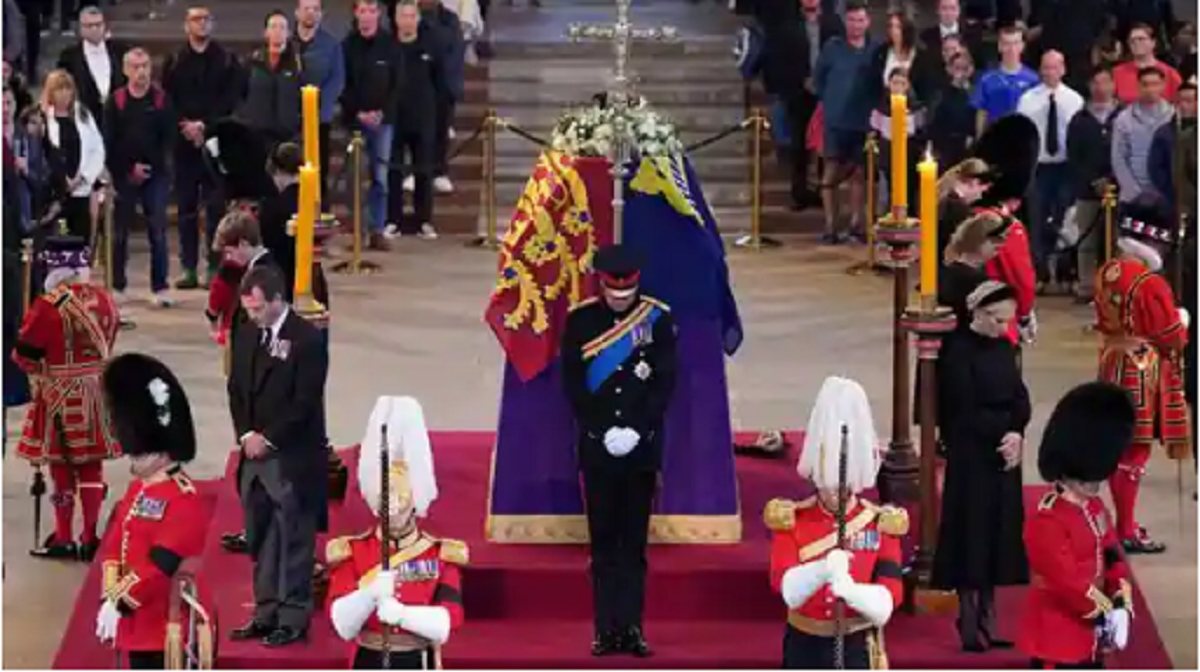 Full list of countries not invited to the UK for Queen Elizabeth’s Funeral has emerged.

Newsonline reports that about six countries of the world were not invited to Queen Elizabeth’s funeral today, Monday. They are Russia, Belarus, Myanmar, Syria, Venezuela or Taliban-ruled Afghanistan.

Sky News gave the reason that the UK does not have diplomatic relations with Syria or Venezuela, while the political situation in Afghanistan since the Taliban swept to power a year ago means no representative has been invited from Kabul.

However, Iran, North Korea and Nicaragua have been invited only at an ambassadorial level. Attendance is by invitation only.

As they did as the Queen’s body travelled from Balmoral to Edinburgh, thousands are expected to line the funeral cortege route and millions around the world will watch at home on TV.

Westminster Abbey can hold up to 2,200 people. On the day of the funeral, world leaders, politicians, public figures and those who worked with the Queen, as well as monarchs from other countries, will join members of the Royal Family to pay their respects.

Spouses of all close family are expected to be present too, including Catherine, the Princess of Wales, and Meghan, the Duchess of Sussex.

Members of Europe’s royal families, from countries including Spain, the Netherlands, Monaco, Sweden, Denmark, Belgium, and Greece, are likely to fly to London for the funeral, and about 500 foreign dignitaries are also expected to attend.

US President Joe Biden and his wife, First Lady Jill Biden, were among the first to say they would be there, and French President Emmanuel Macron has also confirmed his attendance.

It is understood all holders of the Victoria Cross or George Cross are able to attend and nearly 200 key workers and volunteers recognised in the Queen’s Birthday Honours list have also been invited.