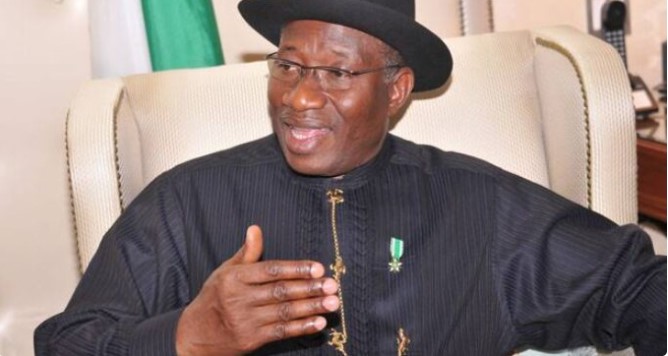 Former President Jonathan has been appointed into the top position.

News Online reports that the Economic Community of West African States (ECOWAS) has appointed Nigeria’s former president Goodluck Jonathan as Chairman of the ECOWAS Council of the Wise.

ECOWAS disclosed the appointments in a statement published on its website after a two-day meeting which ended on May 25, 2021, in Ghana.

As special envoy, Jonathan had helped ECOWAS to facilitate dialogue with all principal stakeholders in Mali’s leadership crisis.

According to Jonathan’s media office, the former president’s mediation efforts led to the release of the interim President of Mali, Bah Ndaw and Prime Minister, Moctar Ouane, by the country’s military.

While Jonathan was appointed chairman, former Executive Secretary of the Mano River Union of Guinea, Madam Hadja Saran Daraba was named vice-chairman of the ECOWAS Council of the Wise – a supportive organ with a mandate to bring peace and stability among member states.

According to ECOWAS, the council which was established in 1999 had been lying dormant for years, but was reconstituted lately due to the recent socio-political crisis across the region.

Among the topical challenges bedeviling the West Africa region including Nigeria are terrorism and social unrest.

On her part, the Minister of Foreign Affairs and Regional Integration of Ghana, Ms Shirley Ayorkor Botchway, urged the new leadership of the council to “assist ECOWAS in delivering on its peace and stability mandate as a necessary condition for continuous development and regional integration efforts.”