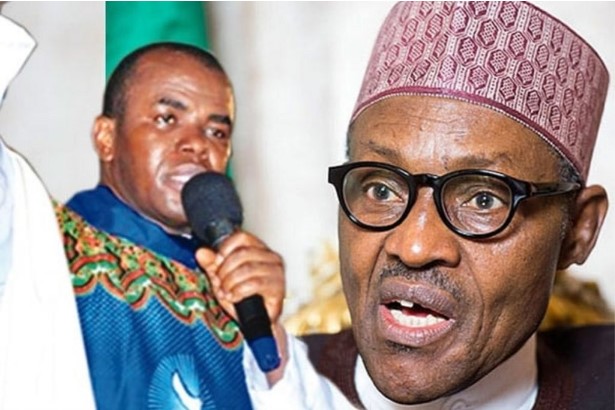 Father Mbaka has laid curse on President Buhari, says he will suffer he doesn’t show that he is not part of those causing insecurity in the country.

News Online reports that the controversial Catholic Preist and founder of Adoration Ministry Enugu State, Rev. Father Ejike Mbaka, has said that President Muhammadu Buhari will suffer if he doesn’t show that he is not part of those causing insecurity in the country.

Mbaka made this declaration during the Sunday service monitored by News Online.

He said despite that former Chief Of Staff, Abba Kyari was flown abroad for treatment, he later died.

According to him, “start preparing where to run to, trouble is coming, Nigeria has collapsed and Abuja will no longer be a safe zone for politicians”.

“President Buhari will suffer if he doesn’t change his ways. Was Abba Kyari not sent abroad for treatment? But what happened? He died”.

Recall that Father Mbaka had called for President Buhari’s resignation or impeachment over his handling of the security challenges in the country.

But the presidency through Garba Shehu said that the priest was angry over President Buhari’s failure to give him a contract after he had made the request.

Speaking to his members during Sunday service , Mbaka said Garba Shehu should not be talking whenever he is talking because he pays 23,000 persons every month.

He, however, admitted that he sent three contractors to Aso Rocks for project because they told him that they will end insecurity in Nigeria but he was shocked when Buhari rejected them.