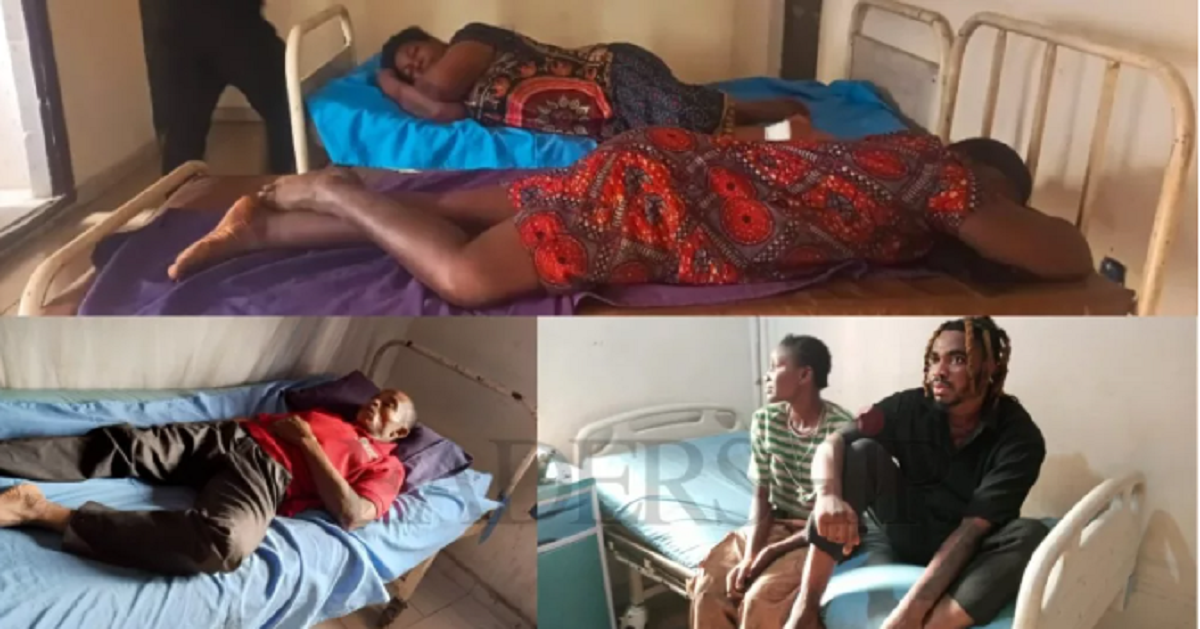 NewsOnline reports that after spending one week in kidnappers’ den, the Edo State government said 12 victims of the Igueben Train Station attack in the State, were Saturday night rescued by Special Forces comprising operatives from the Army, Police, DSS, local vigilantes, hunters and other security agencies.

Speaking to journalists shortly after visiting the rescued kidnap victims at the Police Cottage Hospital in Benin City, the State capital on Sunday, Governor Godwin Obaseki also berated the authorities of the Nigerian Railway Corporation (NRC) for not providing enough security in its facilities after the Abuja-Kaduna Train attack of March 28, 2022 even as he threatened to sanction traditional rulers in Igueben area, who were still giving their lands to herdsmen for grazing.

The governor said no amount was paid for the release of the victims but that the Special Forces went in and overpowered the kidnappers, who ran away with the remaining two victims, who are said to be staff of the NRC.

Obaseki said, “We thank God, we are grateful that we have been able to secure the release of almost all the people who were kidnapped about a week ago from the Igueben Train Station in Edo State.

“It has been a very grueling experience, something we never prayed for and we hope that it would not happen again. They tested the will of our security system that we have put in place and we are so glad that the system has been resilient. In the last one week, we have been able to be on the trail of the kidnappers, we contained them to certain areas, they could not leave the area we contained them to and with all intelligence and the aerial support we got from the Airforce, from the Police, the drone support, the technology support, we were able to track them and with the training of the Special Forces we have and all the other members of the team we put together, we were able to release 12 out of the 14 still being held hostage unarmed.

“We think it is something worth celebrating, we think we should thank and appreciate members of our security forces, the sacrifice they put in, the endless nights, the sleepless nights which they put into this must be commended. Today, which is the Armed Forces Remembrance Day, we have something to rejoice about, something to thank our security services for.

On the NRC, the governor said: “I must also express our disappointment at the authorities of the Nigerian Railway Corporation because after the Kaduna incident, you would have expected that they will secure their facilities better, so for six men to have come into their facility to kidnap almost 30 people, I think it is something that has to be investigated.

“It doesn’t speak well of their preparedness to run an efficient rail system in this country, and it doesn’t give confidence to Nigerians that they will be safe using that mode of transport. You cannot tell me in the facility like the Igueben station, you had only one policeman with one rifle guiding that facility particularly after what had happened in Kaduna, I believe if that agency know what they are doing, they must investigate what happened and ensure that this sort of a thing does not happen to any other Nigerian anywhere in this country.”

For the traditional institution in the area, Obaseki said: “We are watching and we are still consulting with the Commissioner of Police and the Service Chiefs, we have information that some traditional rulers in that area are not respecting government decision to make sure that grazing opportunities are not given to herders in their forests, I have instructed that those traditional rulers be investigated and anyone who is found to be harbouring people they should not harbour in their domains will have questions to answer because for communities that have cooperated, we are not seeing this kind of incident.”

Speaking on how they the victims were rescued, the State’s Commissioner of Police, Muhammed Dankwara, said there were no casualties and that arrests have been of people believed to be privy to the kidnapping.

“For the remaining two captives, we are making progress and we will make sure that they are released too. So far no casualty, they escaped but we have made arrests, we have people that are with us that are part of the syndicate that did this thing,” the CP stated.