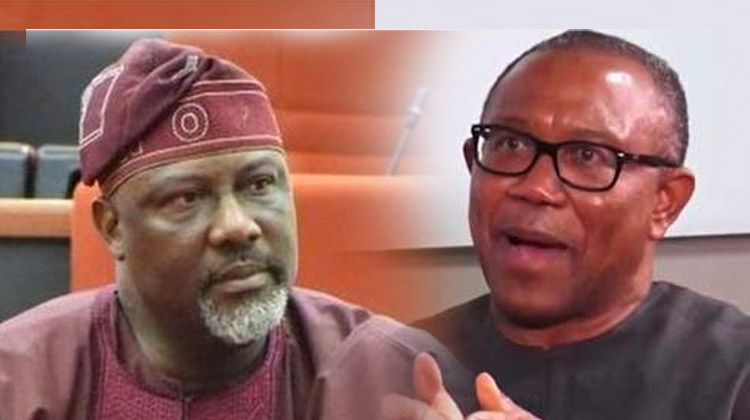 In this video, the Presidential Candidate of the Labour Party, Peter Obi berated Dino Melaye, the spokesperson of the Atiku Presidential campaign for trolling him.

Peter Obi warned Melaye against trolling him at the ongoing Presidential Town Hall Meeting organized by Arise Television and a group, Centre for Democracy and Development (CDD) after the former Nigerian Senator referred to some people making noise in the hall as “Peter Obi people” better known as ObiDients Movement.

the Labour Party Presidential candidate who was apparently irritated by the statement of the former member of the 8th Nigerian National Assembly warned Melaye to stop, adding that he has taken enough from him.

“I have taken enough from you here Dino. I won’t take this. Why are you always trolling me?”