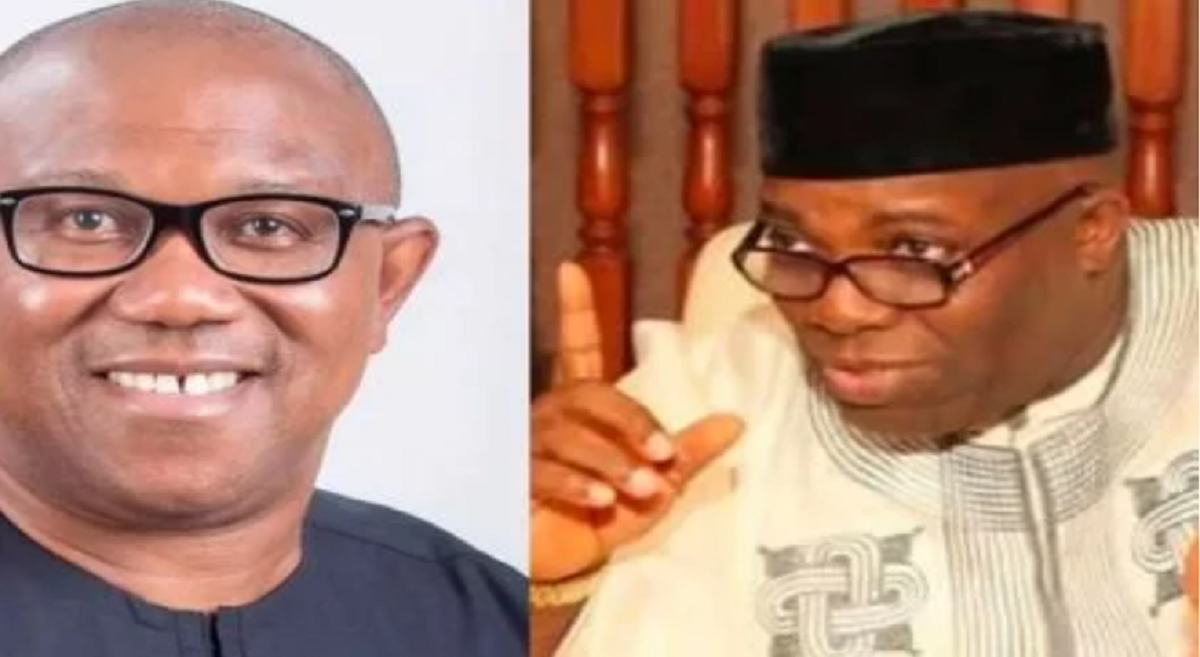 This online news platform understands that Doyin was dismissed alongside 10 others over alleged non-financial membership status, high-handedness and financial recklessness.

The State Chairman of the party, Michael Ashade who announced this in Abeokuta on Thursday, said the offences allegedly committed breached the LP’s constitution.

Ashade flanked by the National Publicity Secretary of LP, Abayomi, and the State Secretary, Feyisola Michael, said Okupe ceased to be the party member after his failure to meet the mandatory constitutional requirements to fulfill membership status.

According to him, Okupe having failed in the payment of his membership dues for the last six months of joining the Party, has forfeited his membership of the Party and no longer fit and competent to continue to act as the DG of the Presidential Campaign Council (PCC).

Ashade said Okupe and 10 others have run afoul of the article 9(3) sub(iii) and Article 9(3)xi the LP constitution and thereby ceased to be party members.

The party chairman also accused him of financial recklessness with respect to funds approved for the Ogun LP State on the mobilization of members for the Oyo State rally held last week at Ibadan.

He also accused Okupe of polarizing the party in Ogun State “with his crops of PDP dissidents political liabilities who are only using Labour Party to revive their not only irredeemable dead Political and Financial lives but has successfully stole all that is available in LP.”

“Therefore in line with article 19(3) of the Labour Party constitutional provision, we declare that Dr. Doyin Okupe, having failed in the payment of his membership dues for the last six months of joining the Party, has forfeited his membership of the Party and no longer fit and competent to continue to act as the DG of the Presidential Campaign Council (PCC).

“We hereby notify our National Chairman Bar Julius ABURE and Labour Party Presidential candidate, Mr. Peter Obi, that it’s expedient to obey the constitution of Labour party by immediately appointing another DG for the PCC and that should come from the North to reflect Federal Characters and political Balance.

“We challenge Dr. Doyin Okupe to provide evidence of any payment in respect of membership dues prior to today into any bank account of the Party.”

Re-echoing the dismissal, Arabambi asked the LP Presidential candidate, Peter Obi, to desist from relating with Okupe as the PCC DG.

He vowed that the party would enforce the dismissal of Okupe and others by all lawful means.

Okupe is yet to react to the dismissal.