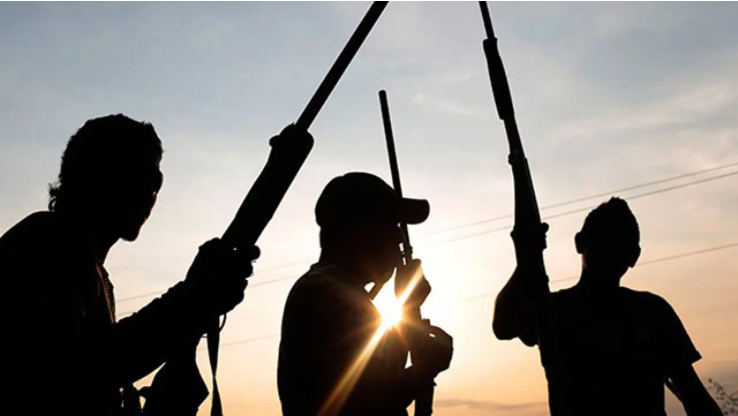 IPOB has released the names of those behind killings in the South-East.

Newsonline reports that the Indigenous People of Biafra have released the names of Ebubeagu security team allegedly terrorising and killing innocent citizens of Imo State and the South-East.

The group listed the Ebubeagu leaders who are allegedly behind the killings in Orlu senatorial zone of Imo State as: Chibuike Igwe, Paul Udenwa From Amaifeke Orlu, Okwudili Dim (aka) One Nigeria, the man called Sky from Umutanze Orlu and the man called 2men from Umuna in Orlu.

In a statement on Tuesday, the IPOB’s Media and Publicity Secretary, Emma Powerful, urged members of the public who have information on the whereabouts of the listed persons to report to IPOB and ESN members for prompt action.

Powerful added that the fake self-acclaimed ESN operatives terrorising Orlu communities must be brought to book, adding that information from the public would aid the quest for justice.

He said, “They are also part of the Killings, kidnappings and rapes going in that vicinity. These vampires are forcing the residents to buy them guns or give them money to continue with their barbaric activities.

“These are hoodlums recruited by the corrupt politicians and security agencies to demonise IPOB, and now they are out of their control. They carry out this evil act right from midnight to 3am daily.”

Powerful said, “These people mentioned above are behind the criminalities going on in these communities including kidnapping, car snatching and rape. IPOB is hereby declaring them wanted, and anybody who can give useful information about them will get a handsome reward.

“These criminals mentioned have done a lot of damage to our people living in the Orlu area of Imo State. IPOB has always told the public that the above-mentioned hoodlums are part of the criminalities going on in our land.

“No criminal should be allowed to demonise IPOB. These agents of darkness and their sponsors should be brought to book to pay for their atrocities.”