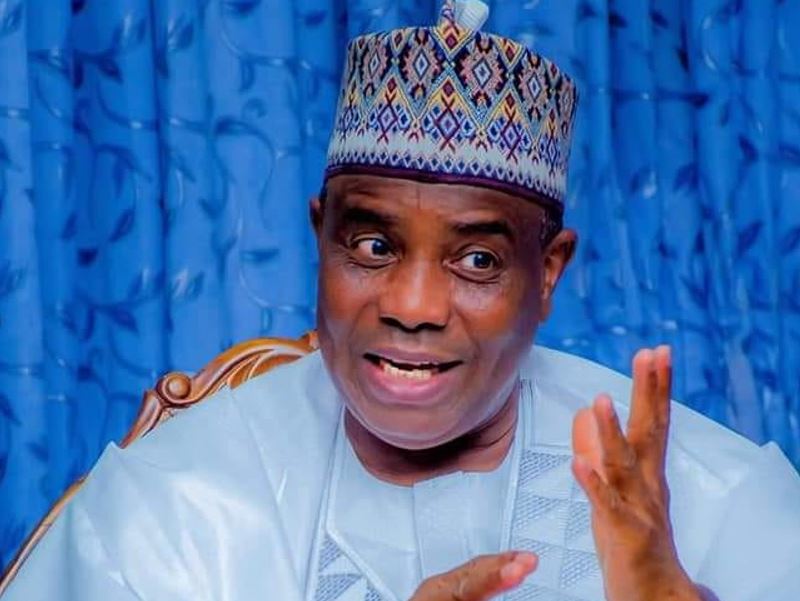 Sokoto State governor, Aminu Waziri Tambuwal, has told Nigerians that PDP presidential candidate, Atiku Abubakar, is concerned about the suffering of the masses and is committed to addressing it by opening borders closed by Buhari’s administration to bring down food inflation quickly.

Newsonline reports that Tambuwal, the Director General of the Peoples Democratic Party (PDP) presidential campaign council added that Atiku will hit the ground running to turn Nigeria around for prosperous economy, security and employment.

The Sokoto State governor and former speaker of the House of Representatives said this at a campaign rally in Illela town, Sokoto, at the weekend.

“He will do this through various economic components that will satisfy basic necessities of life for an average citizen,” Tambuwal said.

He charged the residents of Illela and Nigerians to vote for the former vice president of Nigeria, who has the experience needed to solve the many problems confronting the country.

Also, a former aide to former president Goodluck Jonathan, and a member of Atiku campaign team, a PDP chieftain, Reno Omokri, said the endorsement of Peter Obi, Labour Party presidential candidate will not affect the chances of Atiku come February 23, 2023.

Reno described the former president Obasanjo, on whose administration from 1999-2007, Atiku served as vice president, as a good man who had always wanted the inclusion of the South East region in the governance of Nigeria. His (Obasanjo’s) good heart for Ndigbo, reno said was responsible for the endorsement of Peter Obi.

“President Obasanjo is a good hearted man,” Reno said. “He has always wanted a President from the SE or close to the SE as a way to heal the Civil War wounds,” he added.  “In 2007, he wanted Peter Odili, but Yar’adua insisted on Governor Jonathan as VP. What Obj did won’t affect the election!” Reno tweeted.

I Won’t Leave Any Of My Promises Unfulfilled, I ‘ill Make Nigeria Work- Peter Obi