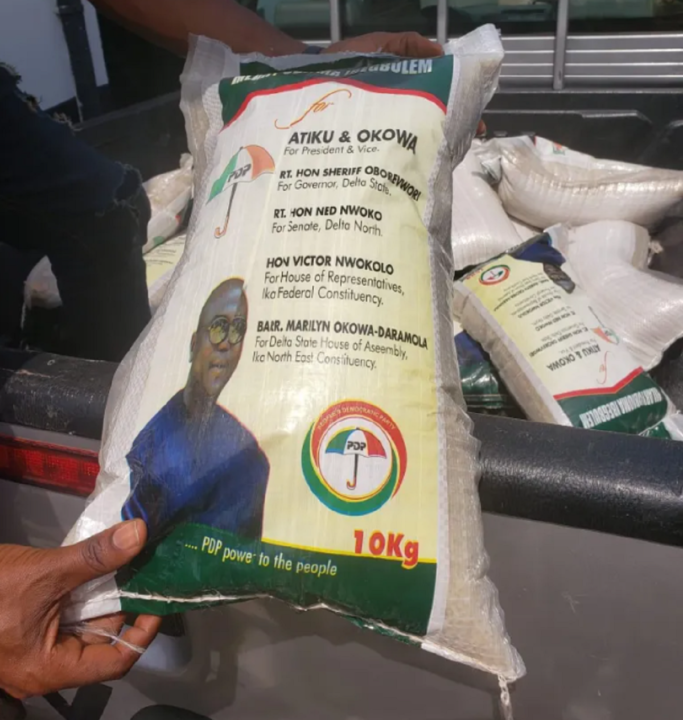 Atiku has cleared the air on the use of Peter Obi pictures to share PDP campaign rice.

NewsOnline reports that the spokesperson for the Atiku, Okowa Presidential Campaign Council, Daniel Bwala has denied that his party, the Peoples Democratic Party, PDP, is using the face of Peter Obi, the presidential candidate of the Labour Party, LP, to campaign in some northern States.

This online news platform understands that Bwala made the clarification on Thursday while fielding questions on the Arise Television Morning Show programme.

NewsOnline Nigeria had reviewed a video circulating online which showed bags of rice bearing the face of Obi with the logo of the PDP.

However, Bwala has come out to say that it did not emanate from the PDP.

He said, “That is not true to have emanated from us. Why I am saying that is because if you go to Bauchi now, people are even reporting that the Governor of Bauchi State is with the G-5. So, could he be behind that? Certainly no.”

Obasanjo Does Not Know the Way, Lacks Capacity To Recommend Peter Obi – Tinubu