Actress Rahma Sadau Has Been Charged With Death Sentence Over Racy Photos on Social Media.

NewsOnline Nigeria reports that Kannywood embattled actress, Rahama Sadau will be appearing in a sharia court in Kaduna over allegations of blasphemy levelled against her after sharing racy photos on social media.

This online news platform understands that embattled Kannywood actress, Rahama Sadau has now been charged with blasphemy which carries the death sentence in northern Nigeria where shariah law is the penal code.

According to a report by Ekohotblog, the embattled Kannywood actress will be appearing in a sharia court in Kaduna over allegations of blasphemy levelled against her after sharing racy photos on social media.

Rahama Sadau was invited last week by the police and she’s allegedly under investigation after the racy photos she shared sparked blasphemous remarks.

It was gathered that the investigation is not unconnected to the blasphemous comment on the Holy Prophet Mohammed the racy photos incited.

According to a press release signed by Lawal Muhammad Gusau on behalf of the Concerned and Peace-Loving Muslim Ummah, listed some conditions that must be met before she defends herself. 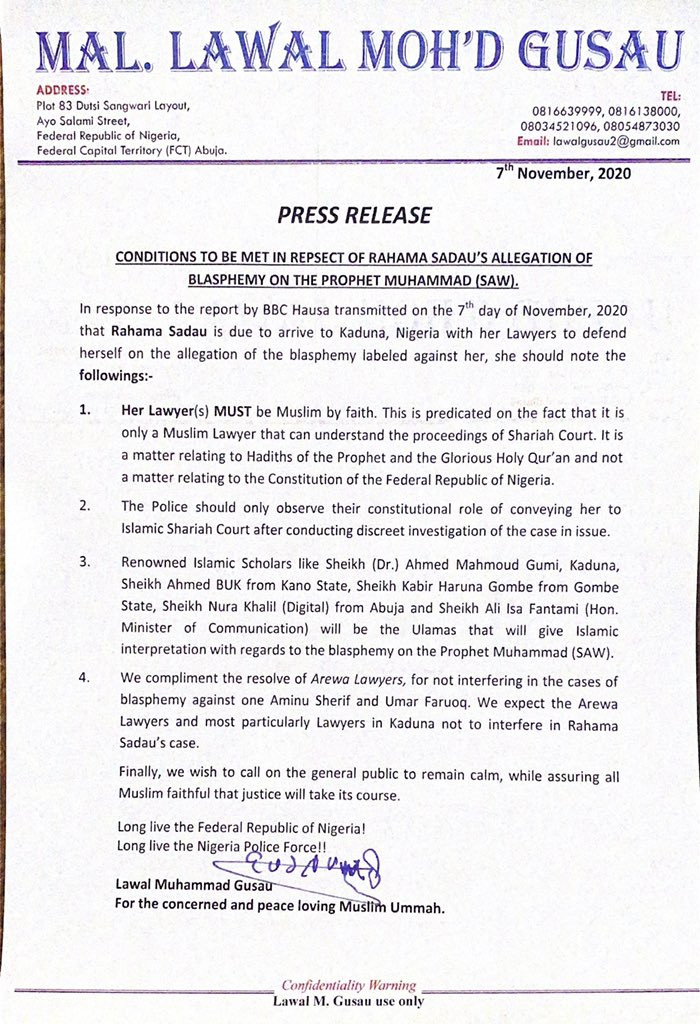 Donald Trump Launches Office Of The Former President In Florida