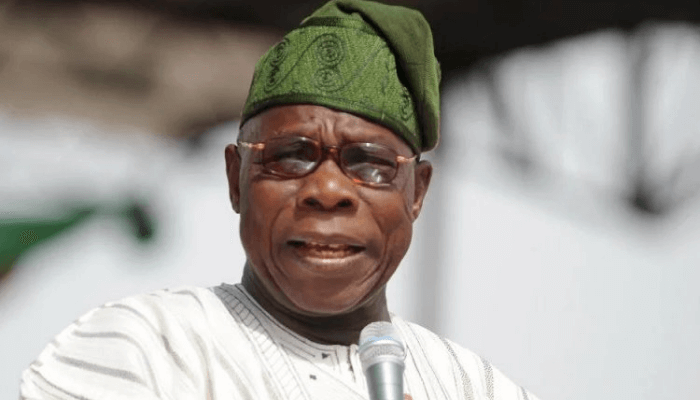 Obasanjo has endorsed a Southern presidency ahead of the 2023 presidential election.

Ahead of the 2023 general elections, former President Olusegun Obasanjo has declared his support for a power shift from the North to the South.

Also: What I Will Do To End Medical Tourism- Atiku

Newsonline reports that Obasanjo admonished the nation’s electorate to look beyond ethnicity, religion, or other emotional attachments while casting their votes to elect public officeholders.

Obasanjo specifically said elections in 2023 must mark a turning point if Nigeria as a country must get things right in her economy and politics.

Obasanjo said this on Saturday when the leadership of the apex socio-cultural group in Tiv, Benue State, Mzough, paid him a visit at his Olusegun Obasanjo Presidential Library Penthouse residence, Abeokuta, Ogun State capital.

The former president, who was conferred with the title of a Great Warrior of Tiv land by the socio-political group, said if Nigeria is ready to get it right, the 2023 election should be a turning point.

He also charged the Middle Belt to continue advocat­ing for a rotational presidency.

He said, “Obasanjo said he was in support of the change of the leadership of the country from the North to the South, while the Middle-Belt region should continue to advocate for the rotational presidency for the country.

“If Nigeria is ready to get it right, the 2023 elec­tion should be a turning point. We should not go for emotion that will destroy us.”

Obasanjo was conferred with the title of a ‘Great Warrior’ of Tiv land by the socio-political group.

He further stated that the oil and gas sector can no longer feed Nigerians but agriculture with the growing pop­ulation of the country.