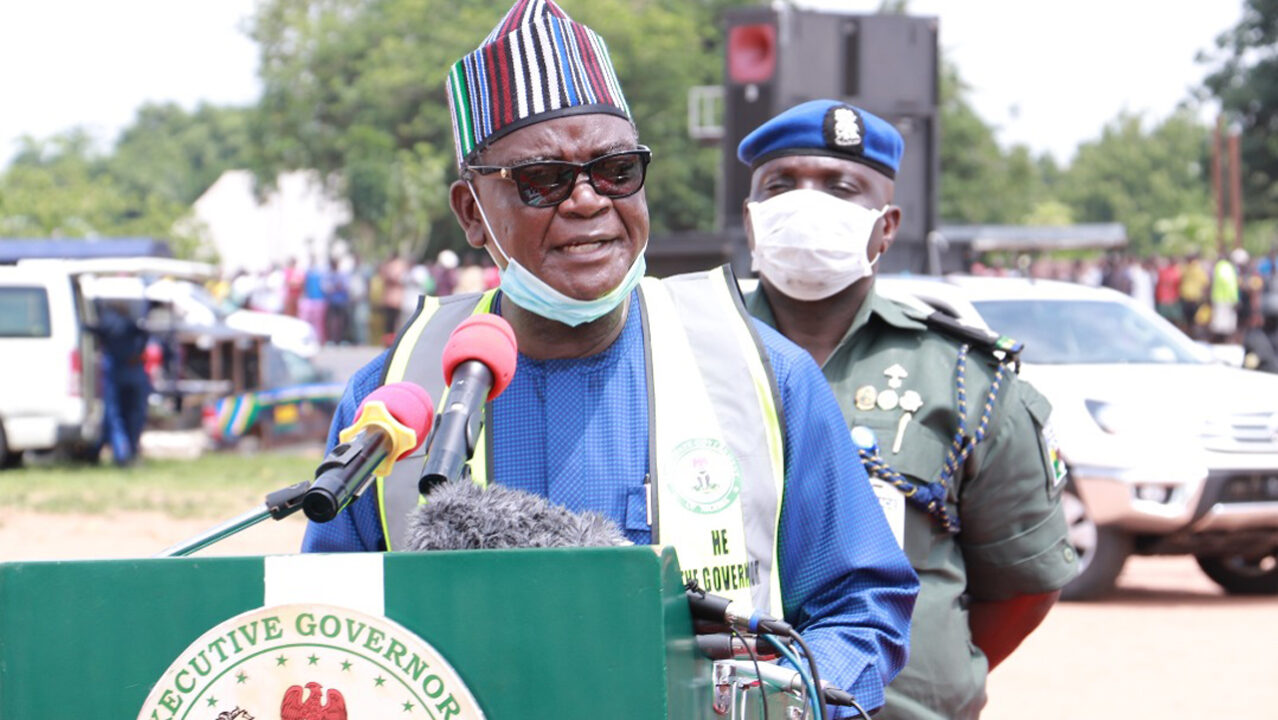 The Governor of Benue State, Samuel Ortom has refuted the claim that he has pulled out of the Wike’s camp to support the national chairman, Iyorchia Ayu and presidential candidate, Atiku Abubakar.

Newsonline reports that Ortom said he stands with his camp and the position of the Rivers State governor, Nyesom Wike that justice has to be done.

Governor Ortom who stated this Tuesday shortly after presiding over the Benue North-West Senatorial district PDP caucus meeting in Makurdi said Wike and his camp which he includes were wronged by the leadership of the party.

He lamented that the national chairman, Ayu and the presidential candidate, Atiku have failed many times to use the internal mechanisms of the party to solve the crisis.

Ortom said, “the news report that I disassociated from Governor Wike is misleading. I just came back from London this morning with Wike and I still maintain my stand on what I said. I have not moved away from there. I still sympathize with Wike for the injustices meted out to him and our group.”

The Governor further stated that Iyorchia and the national leadership of the Peoples Democratic Party (PDP) did wrong to Nyesom Wike during the May 28 and 29 national convention in Abuja and must work out the solution and appease the Rivers State governor.

“The party leadership has not been fair to Governor Wike based on the activities that took place during the convention and after the convention.

“They have not been able to adequately deploy the internal conflict resolution mechanism of the party to resolve those issues.”

The Benue State governor further added, “I still sympathize and stand with Wike and let the leadership of the party at the national level do the right thing. It is not too late to do so.”

He reiterated that “Politics is about interest, and where your interest is not protected, you have the right to protest. We remain committed to the PDP but still want the right thing to be done so that everybody will be carried along.”