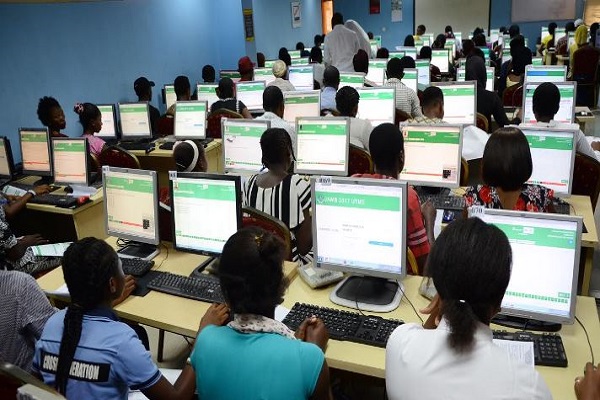 Newsonline reports that the Joint Admissions and Matriculation Board (JAMB) has disclosed that more than 1.4 million candidates have successfully sat for the ongoing 2022 Unified Tertiary Matriculation Examination, assuring that the results will soon be released to the respective candidates.

The Board noted that the 1.4 million candidates have so far taken the examination across the nation as of April 9, 2022, with examination towns and centres completing their own allotted number of candidates for the year, while the results of sessions already taken would be released to the respective candidates soon.

JAMB in its weekly bulletin made available to newsmen by the spokesperson of the Board, Dr Fabian Benjamin, however, said these results would be released with a caveat that after preview of the CCTV footage of the conduct of the examination, the result of any candidate found wanting would be withdrawn if it had been released or withheld if not yet released.

The Board added that as the examination progresses, it was pleased to announce that there have not been significant concerns as the reports coming from the states established the veracity of the earlier reports received from various centres’ accreditation teams.

The Board reiterates its zero-tolerance for examination infractions and urged candidates to conduct themselves properly and follow all laid down rules guiding the Board’s examination.

The 2022 UTME had commenced on Friday last week nationwide, with a total number of 1.7 million candidates registered to sit for the examination nationwide.