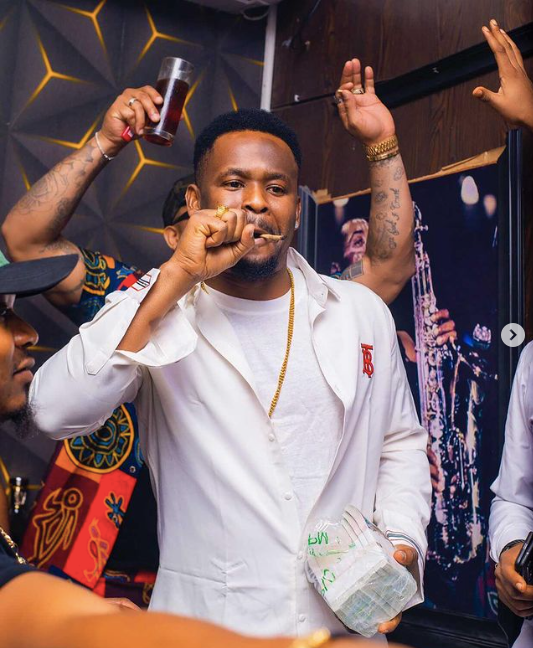 Zubby Michael Biography, Age, Girlfriends, Net worth, and Source of Wealth can be accessed below.

Newsonline reports that Zubby Michael is a Nigerian actor and movie producer in the Nigerian entertainment industry today.

Zubby Michael was born Azubuike Michael Egwu, but he is now known professionally as Zubby Michael. He was born on the 1st of February 1985 in Ekwusigo LGA, Anambra State, Nigeria. He grew up in Adamawa State, Nigeria, where he had his primary and secondary school education respectively. He then proceeded to obtain his Bachelor’s degree in Mass Communication from Nnamdi Azikwe University, Enugu State.

He has been nominated for several awards and has won some awards also. On the 25th of November 2019, he was appointed as the Special Adviser on media to Willie Obiano, the Executive Governor of Lagos State.

He is currently single, and he has a son who he keeps out of the public’s eye. Zubby Michael was involved in a relationship with Mary Okoye for some years. Mary Okoye is the junior sister of Paul and Peter Okoye (Psqaure duo). Zubby Michael and Mary Okoye called in quits when the actor revealed that they ended things because she was ready to settle down, while he was not up for that commitment at the time they broke up. According to him, he has a lot of things he intends to achieve in the future, so watch out.

Zubby Michael is not only an actor, he is a movie producer in Nollywood. He has also delved into politics by accepting his appointment as the Special Adviser on Media

to Willie Obiano in Anambra State. All these occupations earn him his recognition as one of the highest-paid and most influential actors in Nigeria, especially in the Eastern parts of Nigeria. He has an estimated net worth of about $9.6 million.

He is young and getting it, so he has the capabilities to afford any car which seems affordable to him. Not only is he an actor, but he is a Politician and sometimes he has to look the part.

After Zubby Michael was shot into the limelight in 2006, the first car he copped for himself was a Toyota Camry. But, over the years as he has continued to grow in the industry, so has his style and love for cars.

The actor Zubby Michael is associated with about four luxury cars, and they are:

In 2018, Zubby Michael built a mansion in Asaba, Delta State worth hundreds of millions.

In 2020, Zubby Michael acquired a new house costing over N60 million in total. The house is located in Festac, Lagos, Nigeria.