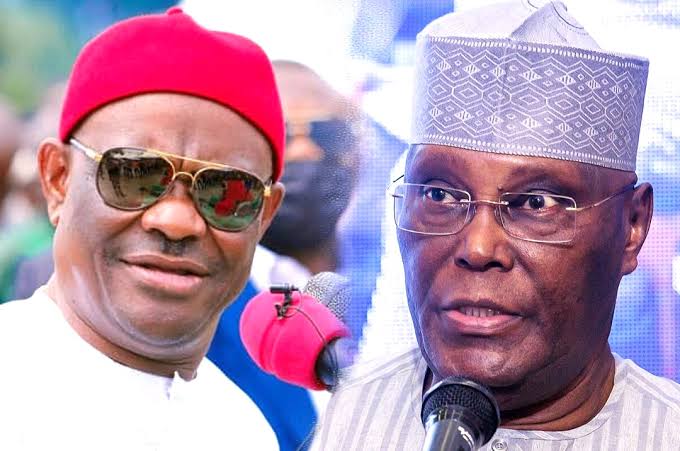 Wike who spoke during the flagging off of a road project in Emohua Local Government Area of the state on Monday mocked the presidential candidate of the Peoples Democratic Party, PDP, Atiku Abubakar over the endorsement.

The governor said the move by Obasanjo who refused to endorse Atiku shows that there is something fundamentally wrong with Atiku who was Obasanjo’s vice from 1999 to 2003.

He said it was funny that the engineer of the same legacies upon which Atiku was campaigning failed to recommend him but instead endorsed Obi.

“You worked under somebody, the person has recommended to Nigerians another person, is it me?

“I worked with somebody for eight years and we are using it as a campaign that when we were in office we did well, then my boss is recommending another person to be there, something is fundamentally wrong.

“I was praying that Obasanjo should not say anything, when I saw the letter last night I was touched.

“If your principal does not recommend you, then there’s something fundamentally wrong. ”

Last Voters’ Register To Be Published On Jan 16- Festus Okoye