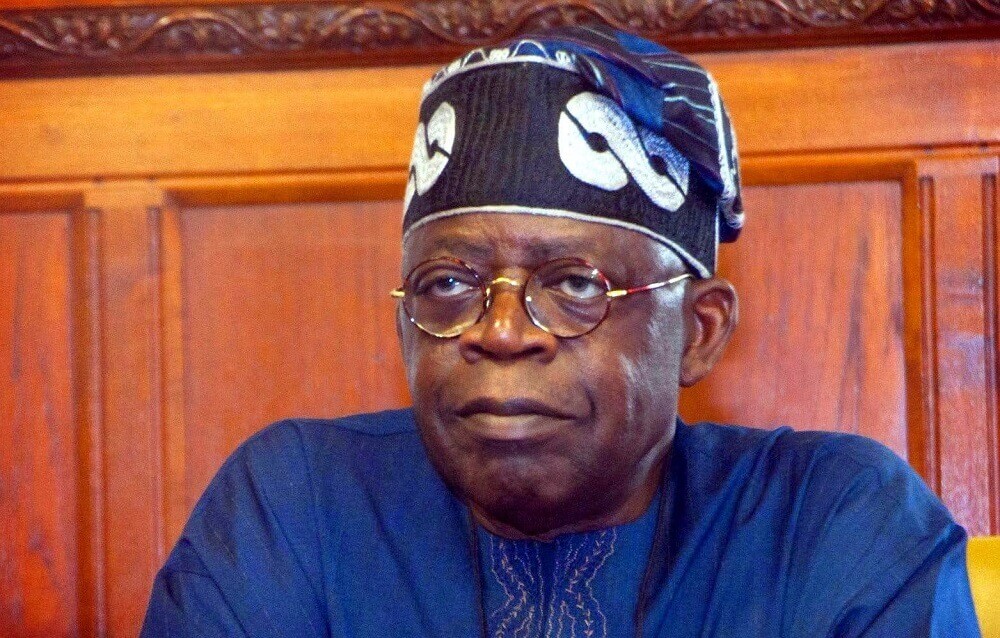 The apex socio-cultural and socio-political organization in the Yoruba, South-West of Nigeria, Afenifere, has said it will not support Tinubu, the presidential candidate of the All Progressives Congress (APC), even though he is Yoruba, stating its candidate ahead of the 2023 election is Peter Obi.

Newsonline reports that Afenifere said it will be wrong to continue to demand the Igbo of South-East remain a part of Nigeria and continue to brutalize and marginalize them in the scheme of power.

The leader of the pan-Yoruba socio-political organization, Afenifere, Chief Ayo Adebanjo, said that the Labour Party candidate, Peter Obi, is the candidate of the choice for the South-West region based on competence, justice and equality.

READ ALSO: Keyamo Speaks On His Removal As Minister By Buhari

In a statement signed by Pa Adebanjo and released on Monday, Afenifere said, “In this quest for peace, based on equity and inclusiveness, the Yoruba took the first turn at the zoning arrangement in 1999, and that led to the emergence of Chief (Olusegun) Obasanjo, the current Vice President is a Yoruba man and equity forbids us for presuming to support another Yoruba person for the presidency in 2023.”

“The current President is a Fulani from the North-West and by virtue of the zoning arrangement that has governed Nigeria since 1999, power is supposed to return to the south imminently.

“The South-West, as I have pointed out, has produced a president and currently sits as VP, the South-South has spent a total of six years in the Presidency, but the Igbo people of the South-East have never tasted presidency in Nigeria, and now that the power is due back in the South, equity demands that it be ceded to the Igbo.

“We cannot continue to demand that the Igbo people remain in Nigeria, while we at the same time continue to brutally marginalize and exclude them from the power dynamics.

“We will not compromise this principle of justice, equity and inclusiveness because one of our own Asiwaju Bola Tinubu is a frontline candidate,” the statement further read in part.

Keyamo Speaks On His Removal As Minister By Buhari