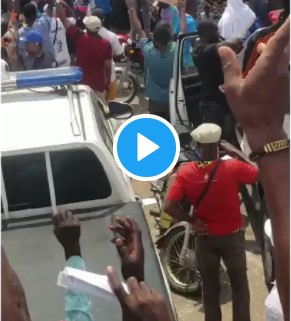 Igboho, who spoke at the venue of the mega rally, also demanded the release of operatives of the Oodua Peoples Congress who were detained for arresting notorious Fulani herder, Iskilu Wakili, in the Ibarapa area of Oyo State.