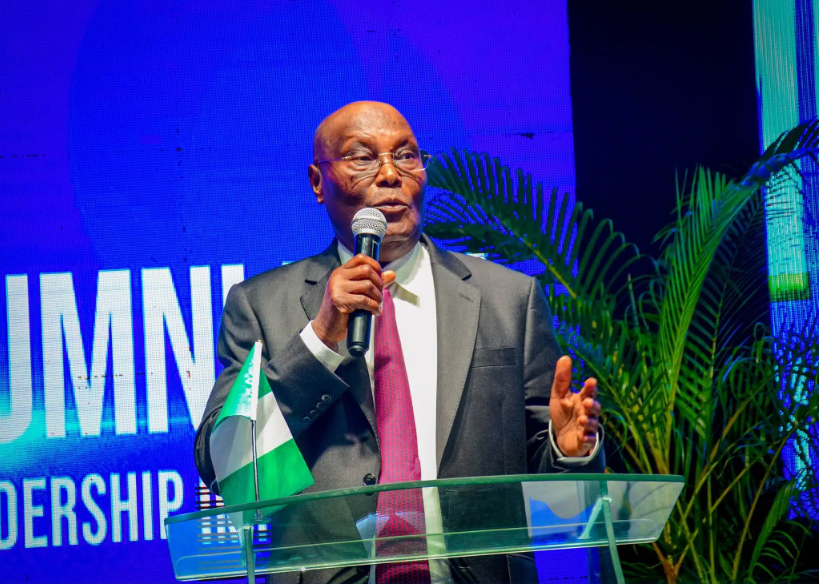 The presidential candidate of the Peoples Democratic Party (PDP), Alhaji Atiku Abubakar, has said the All Progressives Congress candidate, Bola Tinubu, is an emergency Muslim.

NewsOnline reports that Atiku, former vice president of Nigeria, 199-2007, also threw up an open challenge to the APC presidential candidate to prove on recitation of some verses from the Quran to show Northerners he is a practicing Muslim and an emergency Muslim.

Atiku said the decision of the former governor of Lagos State to settle for a Muslim-Muslim ticket against all warnings was to appear as a good Muslim to get the votes of Northern Muslims.

READ ALSO: LABOUR PARTY REACTS TO HAVING SUFFICIENT AGENTS ACROSS THE COUNTRY

The PDP presidential candidate, also disclosed that Tinubu cannot recite fathia or any other three suras from the Holy Quran.

Melaye said, “I challenge Bola Tinubu to recite fathia and any other three suras from the Holy Quran. He is not a practicing Muslim. Emergency Muslim posture will not work. Nigeria needs a true Muslim and Christian who fear God. A good Muslim will not consume or sell narcotic products.

The PDP presidential campaign council, Dino Melaye, a former Kogi West senator, also added that the rumour that Atiku has been ill should be disregarded. He said the former vice president is 100% fit and super form healthwise.

Paul Ibe, Atiku’s media adviser, said the absence of his principal from Nigeria in the last two weeks was in line with the campaign timetable of the PDP. He said the presidential campaign council gave two weeks break for yuletide. He further disclosed that the PDP candidate will return to the country today (Monday).

Ibe said, “For the avoidance of doubt Atiku, Presidential candidate of the PDP and former VP of Nigeria, 1999-2007 will be arriving London on Monday, 9th of January for meetings on Tuesday and Wednesday on the invitation of the British Government.”