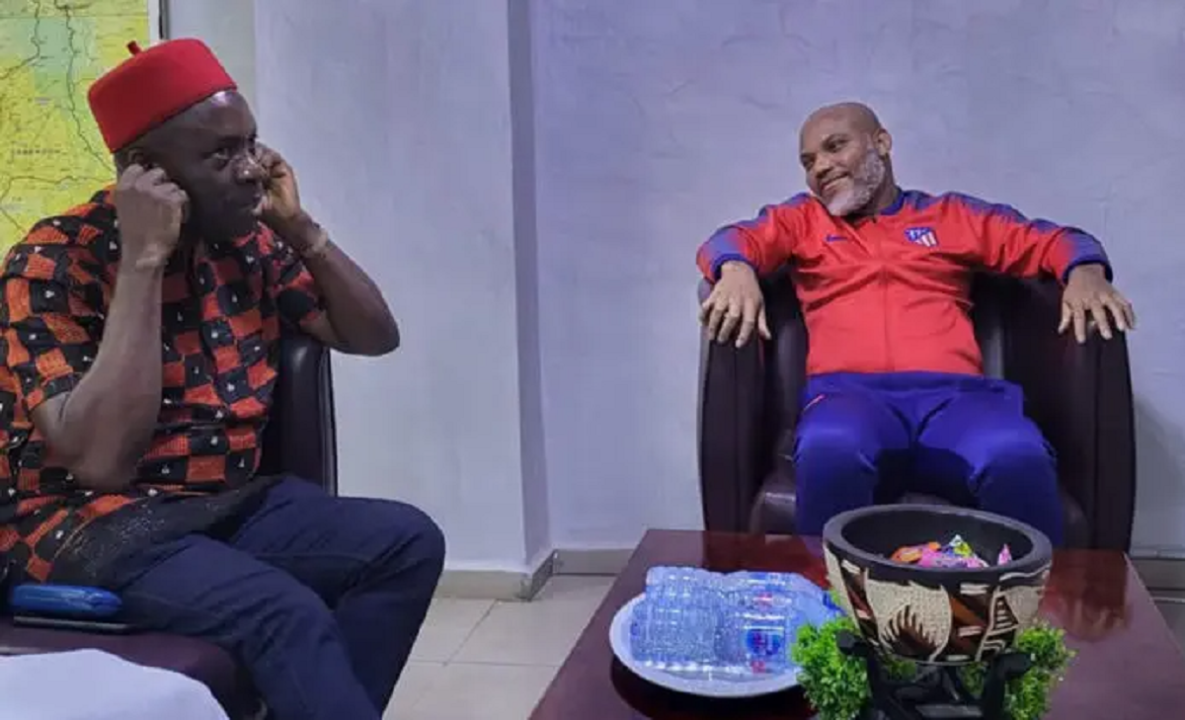 Governor Soludo has urged President Buhari to release Nnamdi Kanu unconditionally and offers to stand surety for him.

NewsOnline reports that Anambra State Governor, Chukwuma Soludo, has called for the immediate and unconditional release of the leader of the Indigenous People of Biafra (IPOB), Mazi Nnamdi Kanu, who has been in detention since 2021.

This online news platform understands that Governor Soludo made the demand in Awka, the state capital, during the campaign kick-off of the All Progressives Grand Alliance on Saturday.

The Anambra Governor specifically appealed to the Federal Government to release Kanu unconditionally and immediately.

Speaking to the mammoth crowd of supporters and party faithful, the governor added that if the detained IPOB leader cannot be released unconditionally, he should be released to him, saying he was ready to stand surety for him.

He said, “I am making a passionate appeal to the Federal Government to release Mazi Nnamdi Kanu unconditionally. If he cannot be released unconditionally, I want him released to me and i will stand surety for him.

Governor Soludo promised to cater to Kanu and also offered to bring him to the authorities any time he was required.

NewsOnline Nigeria reports that the governor noted that Kanu could not be in prison custody while the issues of insecurity are being discussed in the entire South-East.

“I will provide him anytime he is needed. I will house him here in Awka. We need him released to end insecurity in the South-East. We need him to have true conversation about Nigeria. We believe in Nigeria and we are Nigerians.

“We, some time ago set up the Truth and Reconciliation Committee to find out the root cause of insecurity in the South East and they have almost concluded their assignment.

“But this issue of insecurity cannot be well addressed without bringing to the table the key players in this matter.

“We must bring him to the table because we need him to be part of this process and I call on the Federal Government to release him to me and for us to have a comprehensive discussion for the fate of the South East.

“If we cannot release him based on the court process, I hereby offer myself as the surety for his release and whenever you want him, I will hand him over to you

“We shall provide him shelter and give him home and we make this plea in the true belief in the spirit of peace in the South East,” Governor Soludo said about Nnamdi Kanu.