See Peter Obi Campaign Council List in the photos below…

by NewsOnline
in 2023 Elections, Headline

Peter Obi Campaign Council members for the 2023 Election have emerged.

This online news platform understands that Doyin Okupe, a former member of the Peoples Democratic Party (PDP) and ex-aide to Olusegun Obasanjo, is the Director General of the campaign.

Addressing a press conference just before the unveiling, Okupe said there was no doubt that the ascendancy of the Labour Party presidential candidate to a “prime position in the hearts and minds of the Nigerian people, has been fuelled by the patriotic zeal, vibrancy, creativity and shining example, in discipline, character and decency of the Obidient movement.”

He said because of the capacity of Obi the Obi-dient movement has today rapidly evolved into the biggest voluntary political movement in Nigeria history.

Newsonline reports that Okupe noted that empirical polls, from the hearts and minds of those who are publicly on the opposing side, placed Peter Obi, clearly and far ahead of the pack, as the right man for the transformational leadership Nigeria needs.

Therefore, Okupe assured Nigerians, that “as we commence the campaign for the 2023 elections, in earnest, our party and our candidates, will remain committed to honest, clean and issue-based engagements, with the Nigerian people, whose mandate we seek, in order to turn around the fortunes of this our great, but badly misgoverned country.”

See Peter Obi Campaign Council List in the photos below… 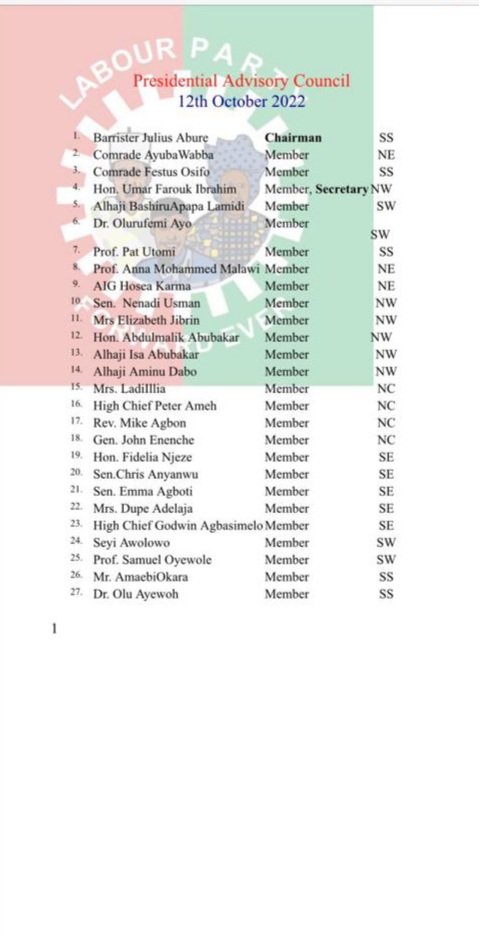 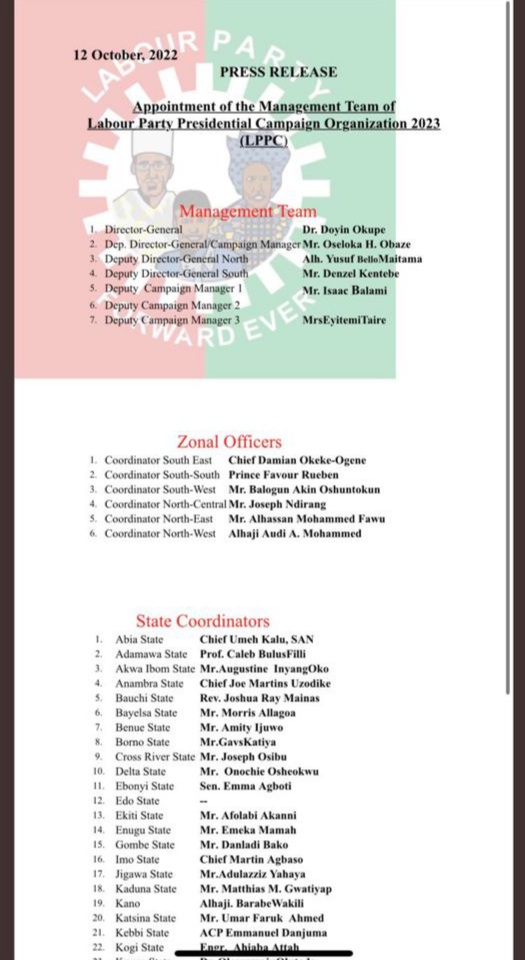 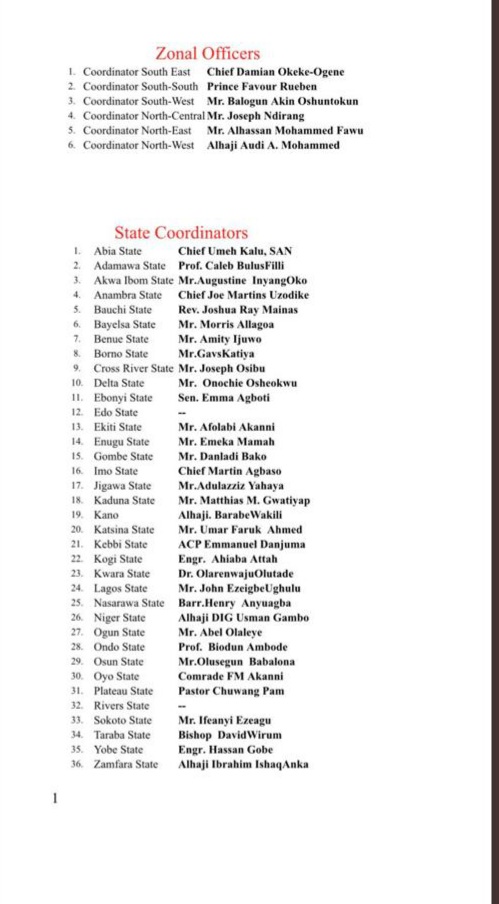 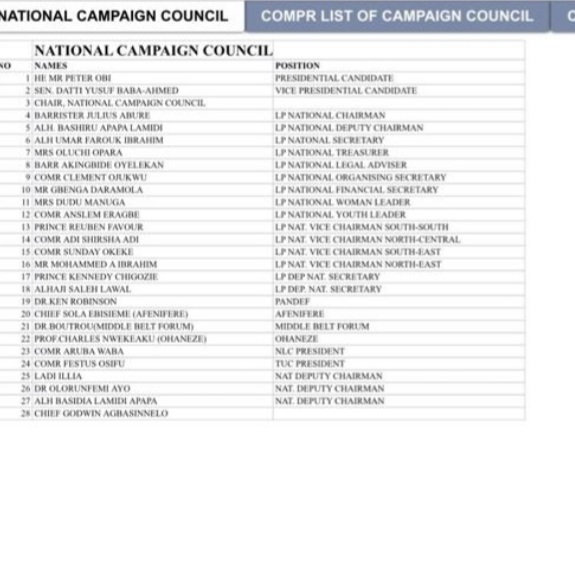 DMO offers N225bn Bonds For Subscription At N1000 Per Unit

I Have Health Guarantee Of 30yrs, I’m Fit For Presidency- Kwankwaso

What I Will Do To End Medical Tourism- Atiku

Campaign Spokesman Says Peter Obi Was Invited For ‘The Experience’