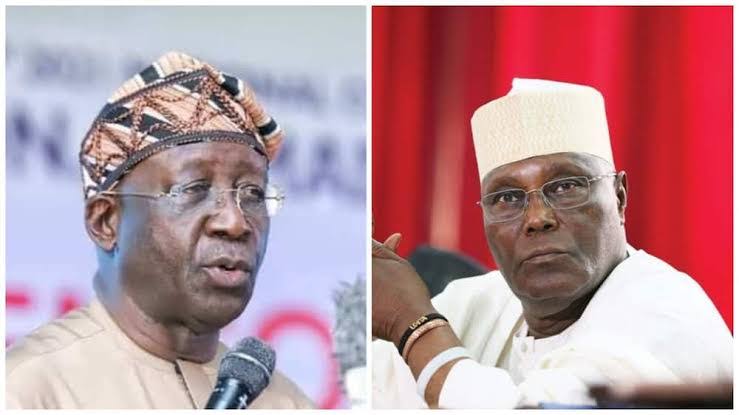 The National Chairman of the Peoples Democratic Party (PDP) Ayu Iyorchia, has been accused of intentionally Fueling the crisis ravaging the party since it held its convention in May 2022.

NewsOnline reports that the crisis has also shrunk the chances of the presidential candidate of the PDP, Atiku Abubakar, who may lose the five states controlled by the G-5 governors if urgent peaceful measures are not put in place by Atiku.

The Coalition of United Political Parties (CUPP) spokesman Ikenga Imo Ugochinyere said that Ayu has refused to resign due to personal gains.

Recall that the G-5 governors – Nyesom Wike of Rivers State, Ifeanyi Ugwuanyi of Enugu State, Okezie Ikpeazu of Abia State, Seyi Makinde of Oyo State and Samuel Ortom of Benue State – have all maintained their stands not to work for Atiku’s ambition until Ayu resigns from his position as national chairman.

READ ALSO: BE WORRIED ABOUT ATIKU’S AGE, HEALTH, CORRUPTION, NOT ME – TINUBU

Ugochinyere, who also is the PDP House of Representatives candidate for Ideato North and South federal constituency in Imo state, implored the party’s National Executive Committee (NEC) to sack Ayu in order to unify the PDP ahead of the 2023 polls.

Ugochinyere said: “Ayu is escalating the crisis rocking the opposition party. His continued stay in office is creating more disunity and if care is not taken, it might sink the party.”

He called on the former vice president to immediately prevail on Ayu to give up his position. “We urge the PDP presidential candidate, Alhaji Atiku Abubakar, to prevail on Ayu to resign as earlier agreed, in order to bring an end to the PDP crisis.

“The crisis rocking our beloved party is taking a turn for the worse as the day goes by. This problem would have been solved if Ayu resigned as he promised shortly after the primary elections.”

“It’s worrisome that our great party is going through this rough patch just because one selfish individual who’s eager to hold onto power has refused to do the right thing. PDP for decades has never experienced this type of disunity.

“This crisis and Ayu’s continued stay in office show that he’s selfish, and doesn’t have empathy. This shows you that he’s in that seat for personal gain. Ayu doesn’t care about the PDP or the party’s problems. If he had a conscience with barely forty days to the election, he will resign and put an end to these problems,” Ugochinyere added.

I Will Scrap Senate, House Of Reps if Elected – Sowore