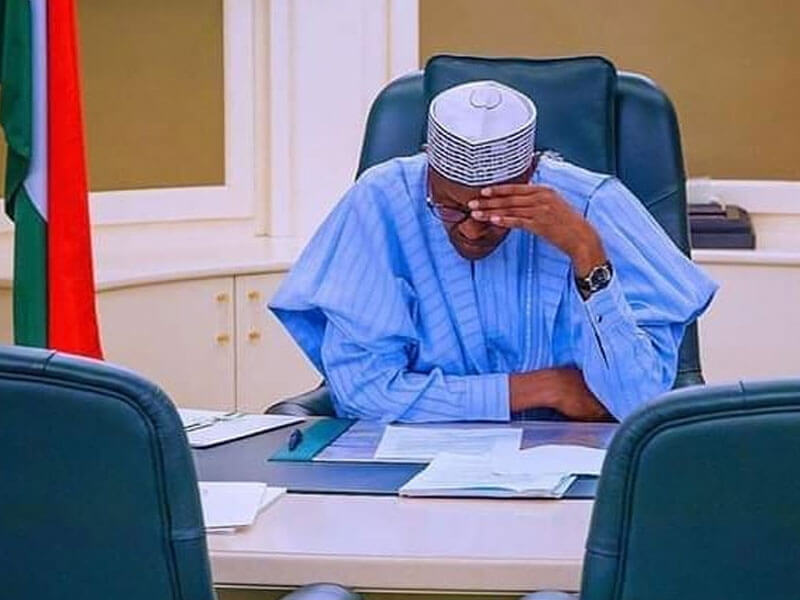 News Online reports that Gimba Yau Kumo, the son-in-law of President Muhammadu Buhari, and two others were on Thursday declared wanted by the Independent Corrupt Practices and Other Related Offences Commission, ICPC, over diversion and misappropriation of $65 million National Housing fund.

ICPC Spokesperson, Azuka C. Ogugua, in a statement, urged the public to provide information about the whereabouts of Mr Kumo and his cohort.

“The persons whose pictures appear above, Mr. Tarry Rufus, Mr. Gimba Yau Kumo and Mr. Bola Ogunsola, are hereby declared WANTED by the Independent Corrupt Practices and Other Related Offences Commission (ICPC) in connection with issues bordering on misappropriation of National Housing Funds and diversion of the sum of Sixty Five Million dollars ($65,000,000),” the commission said.

Before now, News Online earlier reported that Mr Kumo was being investigated by the Economic and Financial Crimes Commission over a N3billon fraud.

Though President Buhari campaigned on riding Nigerian public service of corruption, saying Nigeria must kill corruption before it kills Nigerians, Newsone reports that his allies and associates have been fingered in sundry corruption cases.

Meanwhile, Peoples Gazette reported how late Isa Funta, an ally of Mr Buhari, got millions of naira from Federal Inland Revenue Service and how present Acting EFCC Chair was involved theft before he was tapped for the job by Mr. Buhari.

Transparency International in its 2020 Corruption Perceptions Index (CPI) reported In January, that Nigeria’s ratings plunged to 149 on a categorised scale for “highly corrupt” countries — three places down from its 146th position in 2019.