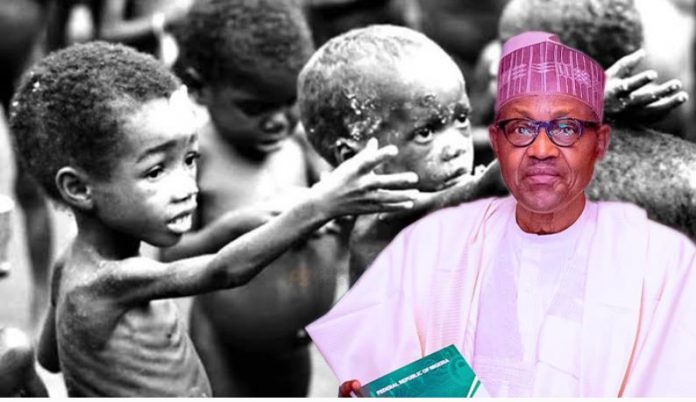 News Online understands that President Muhammadu Buhari has ordered Nigerian security agencies including the military and police to launch a “major offensive” in the south east Nigeria.

JUST IN: Nnamdi Kanu Vows To Take Biafra By Force

This online news platform understands that there has been a sustained campaign of arson on government buildings and killing of police officers and other security agencies in the southeast and parts of south-south since the beginning of the year. Targeted are offices of the Independent National Electoral Commission (INEC), police stations, prisons and police checkpoints.

According to a report by TheCable monitored by News Online Nigeria, multiple security sources have been quoted to have said that President Muhammadu Buhari has given the security agencies the marching order to curtail what many Nigerians fear is a descent to anarchy.

“The Indigenous People of Biafra (IPOB) has recruited over 50,000 foot soldiers, as it were, into its Eastern Security Network (ESN) and stockpiled arms, most of which were stolen from police armoury during the End SARS protests,” a security operative told TheCable.

“They have been bringing in arms through Cameroon in partnership with the Ambazonia Governing Council, the separatist movement in Southern Cameroon. IPOB sends at least 2,000 men and women to Cameroon for training on weapon handling every week.”

The report quoted a top security official to have said that the IPOB has stockpiled “bottle bombs”, locally made explosive devices, Pump Action rifles “as well as swords”.

According to the report, two people described as “top commanders of ESN” in a recorded tape, were heard discussing issues such as surveillance of INEC offices, militants wounded in previous attacks, operations of IPOB camps, doctors treating wounded colleagues, installation of CCTV camera at their training camps in Udi, Emene and Nsukka and how to attack police cells.

“This is warfare,” the security operative added.

Meanwhile, News Online learnt that while President Muhammadu Buhari led Nigeria government is expecting delivery of some military equipment, including fighter jets, from the US this month, IPOB has denied being violent in its separatist campaign, but it has also said it assembles arms and ammunition locally.

Following the order by President Buhari, the report by TheCable said police operations have also been rejigged in the south-east ahead of the offensive, with three deputy commissioners of police and squadrons of anti-riot police being deployed per state.