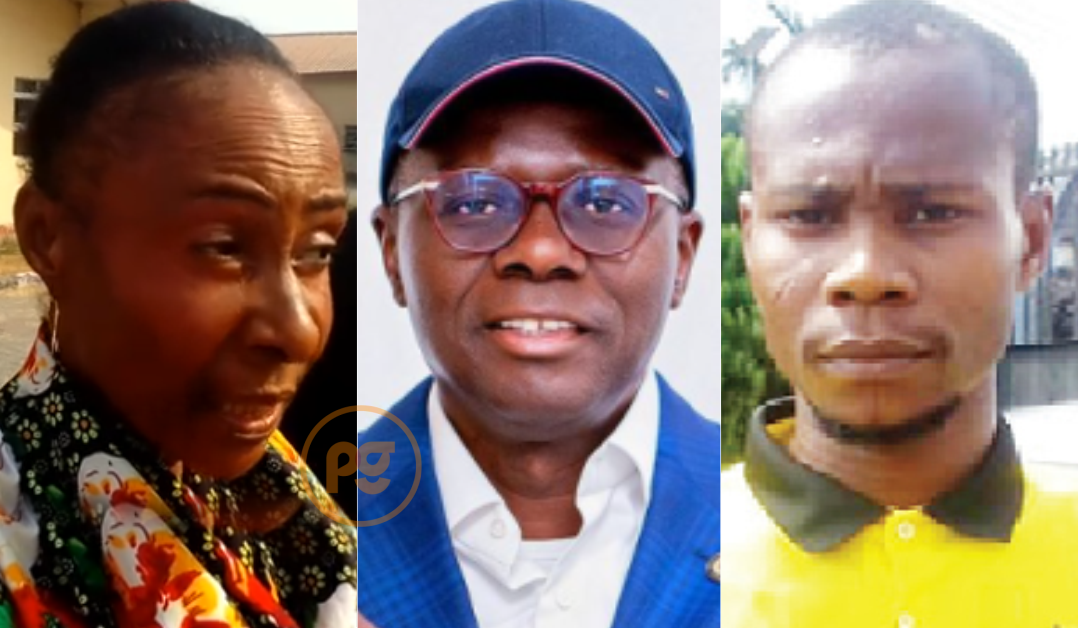 Delta Woman has revealed that Lagos Governor Sanwo-Olu is the father of her son.

This online newspaper recalls that last December, Emmanuel Moses, Ms Moses’ son, made national headlines when he went public alleging that Mr Sanwo-Olu could be his father and requested a paternity test which the governor turned down.

The 27-year-old expressed his desire to meet the Lagos governor, whom he believes is his biological father.

“I am 100 per cent sure that I am the son of Governor Sanwo-Olu,” claiming that his mother had recently disclosed the decades-old secret of her relationship with Mr Sanwo-Olu.

Speaking to journalists at the Delta State High Court 2 in Effurun on Tuesday, Ms Moses said she decided to come clean to her son that Mr Sanwo-Olu is his father after she could no longer cope with his insistence to know his paternal father.

“When I born the pikin (Emmanuel), he dey trouble me about wetin I talk. The pikin dey disturb me so much to the extent when I pack I no dey want make he know where I dey because if he come na with big annoyance,” Ms Grace said. “The thing dey pain me and dey make me cry so I come travel go Rivers but I don tell am say im papa name na Sanwo-Olu. Then he chook am for pocket and dey carry am for brain.”

Mr Sanwo-Olu’s alleged old flame added, “If anything wey he dey do, if na writing, he dey do am for left, if na eating too na left he dey us so I dey tell am say your papa no be cripple, I say na Yoruba man. So when I dey Rivers he come call me say mummy if I even see im papa I go know am?. I say why you dey ask, I come tell am say na man wey I make love with I no go know when no be say na only one day movement.”

Mr Akosile added that the Lagos governor was “not interested in focusing on unimportant matters” and that the matter is already in court.

UK Citizenship: Will A Child Born In the UK Automatically Get British Citizenship?