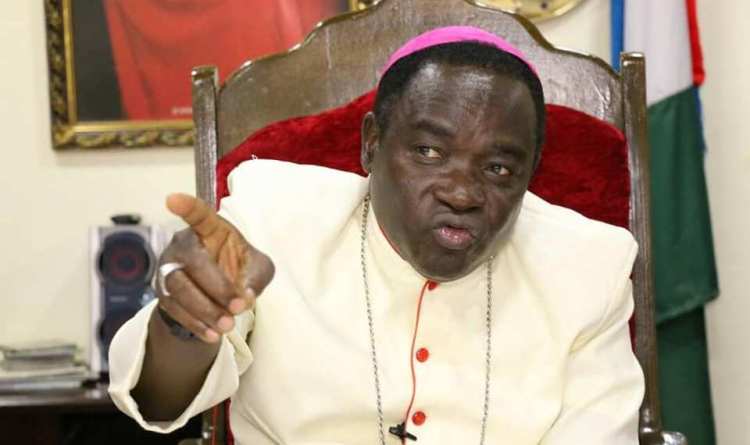 Bishop Kukah asked Nigerians to lower their expectation in Tinubu, Atiku, Obi, and others.

NewsOnline reports that the Catholic Bishop of Sokoto Diocese, Matthew Kukah, has advised Nigerians to lower their expectations of the 2023 presidential candidates.

The Catholic cleric said added that there is no such thing as “the right candidate” in elections, as that might be a projection of one’s emotions.

He called on civil society organizations, trade unions, town unions, groups, media, and religious bodies to keep public officials on their toes and ensure that they are accountable to the people.

Speaking in an interview with Channels Television on Wednesday night, Kukah said the real challenge should be how prepared the people are to engage with the politicians after they have been elected into office.

Kukah asserted that politicians will always take the people for granted if there are no engagements, adding that the Nigerian situation is made worse by the fact that those in power cripple the institutions.

Speaking further, Kukah said no Nigerian should be undecided about the candidates to vote for in the upcoming general elections, considering the numerous problems facing the country at present.

The revered bishop opined that there should be a vigorous battle among Nigerians to overcome cynicism ahead of the February 28 presidential election.