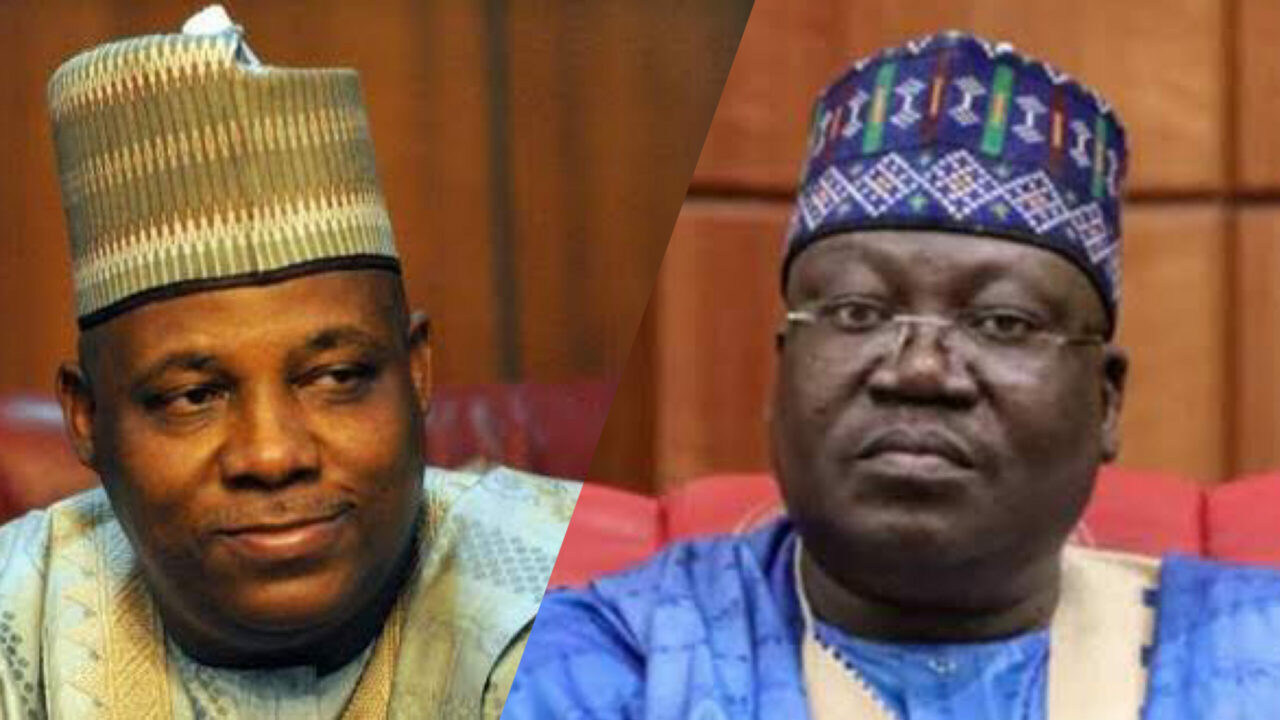 Nigerian Senate President, Ahmad Lawan, raised concerns on Wednesday morning and took to his Twitter handle to refer to the former Governor of Borno State, Kashim Shettima, as the presidential candidate of the All Progressives Congress, APC.

Newsonline reports that the Senator Representing Yobe North Senatorial District took to his verified Twitter handle on Wednesday morning to share photos of his meeting with APC stakeholders, including Shettima, who is the running mate to the party’s presidential candidate, Asiwaju Bola Ahmed Tinubu.

The now-deleted tweet reads: “Met yesterday with stakeholders of the APC from Yobe State, including the presidential candidate of our great party, the APC, Senator Kashim Shettima,” Lawan tweeted.

The post has, however, raised concerns as netizens ask questions about Tinubu’s position in the 2023 presidential race.

Some were curious if Lawan was passing a message the Nigerian public should know as they asked if the APC only made Tinubu, a former Governor of Lagos State, a placeholder with Shettima in mind as their primary candidate.

Before Lawan deleted the post, some netizens insinuated that the South-West had been played by falling for the gimmicks of the Northerners.

Some alleged that the ruling party took advantage of Tinubu’s desperation and made him APC’s flagbearer for the main time until the 2023 poll.

This online news media recalls that Kashim Shettima was selected as the running mate of Bola Tinubu, presidential candidate of the All Progressives Congress (APC), for the 2023 election in July.

The announcement comes shortly after Ibrahim Masari stepped down as the “placeholder” running mate of Tinubu.

Masari was in June selected as Tinubu’s running mate — but only in a temporary capacity.

What You Don’t Know About CBN Cash Withdrawal Policy

JUST IN: APC Sets Up Committee To Debunk Lies Against Bola Tinubu