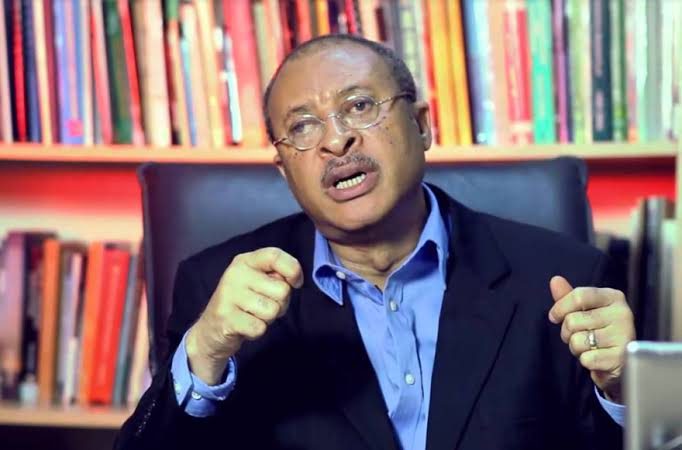 NewsOnline reports that political economist, Prof. Pat Utomi said landlords in Lagos are not renting houses out to Labour Party, LP to use as party offices.

He also said the Labour Party cannot put up its poster in the state.

Utomi said the Landlords are scared of the All Progressive Congress, APC, party members burning down their buildings if they let it out to the Labour party.

He made this disclosure in an exclusive interview with The Niche, an online news platform.

He said, “In Lagos State, you cannot put up a poster. If you want to rent a house, for Labour Party, the landlord will say he doesn’t want APC people to come and burn down his house. You put up posters, they are torn within minutes.

“What kind of democracy is this? This is fascism that we are introducing into Nigeria. And I anticipated it. I wrote about it in a book that came out a couple of years ago – Why Not? It was about citizenship, state capture, creeping fascism and the criminal hijack of politics in Nigeria.

“So, you get these kinds of conditions that obviously are all targeted at stifling democracy and then you get the actors conducting themselves in manners where you see an erosion of the legitimacy of the process,” he said.

The economist further stated, “Until the Peter Obi phenomenon bust unto the scene, people were less and less interested in democracy in Nigeria.  You can follow the afro barometer measures, longitudinal year on year. After 1999 when there was excitement for democracy, it has been down progressively. Fewer and fewer people were voting.

“But when the ENDSARS generation, young people decided that they were going to use democracy to change this horrid condition that we are living in, registration went up. In spite of the things that may or may not have happened in INEC, we got nearly 13 million new voters registered. That is a phenomenal leap from a declining process.

“People want to use this democracy and now these people, the oppressors, seem committed to doing everything to prevent the people from having their will. So, 2023 is about how the will of the people can triumph, how a country whose population has a median age of 18 can have a small group of people in their 70s and 80s, less than three per cent of the population, hold their knees on the neck of the people,” he said.

Why I Move Around With Aisha Yesufu- Peter Obi Clears Concerns