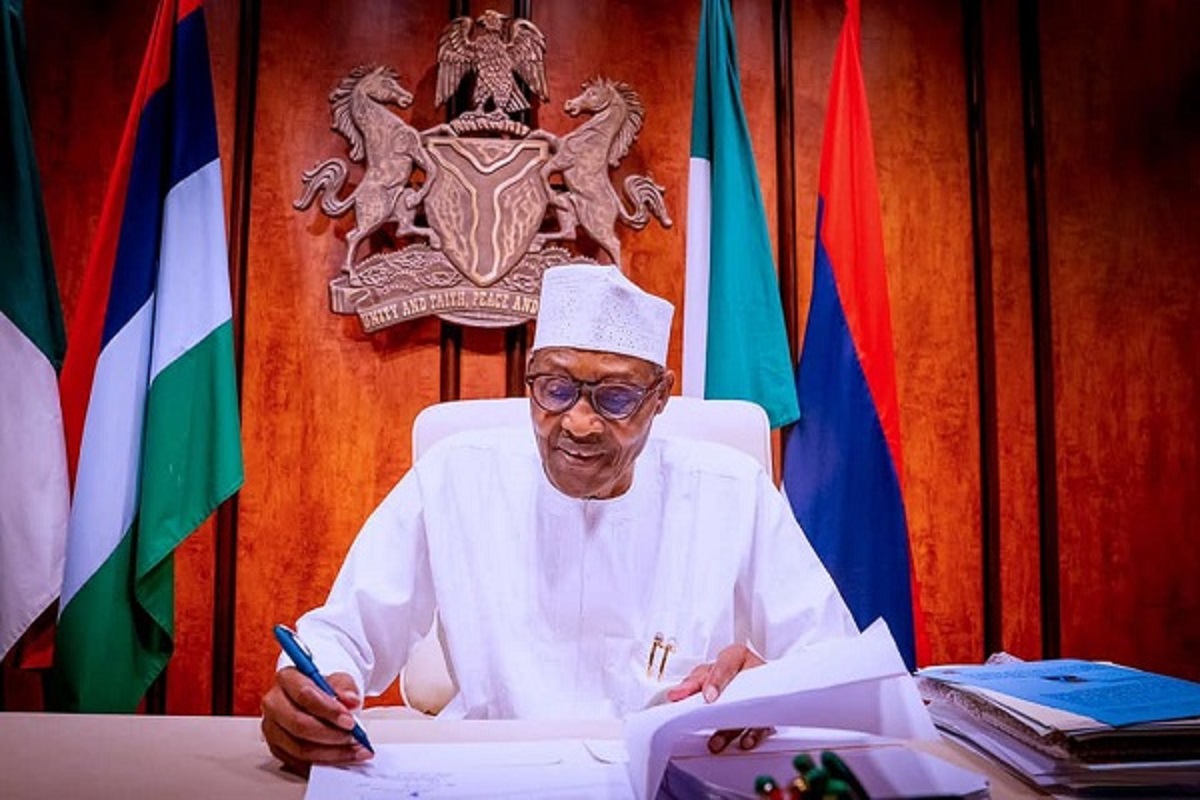 President Buhari has signed the 2023 Appropriation Bill into law.

Buhari signed the 2023 transition budget at the Council Chambers of the Presidential Villa, Abuja.

The President signed the budget in the presence of Vice President Yemi Osinbajo, Senate President Ahmad Lawan, Speaker of the House of Representatives, Femi Gbajabiamila, and other members of the Federal Executive Council.

Speaking at the event, the President said his regime would speed up critical infrastructure projects nationwide as it raced toward the finish line on May 29, 2023.

He noted that the budget is N21.83 trillion aggregate expenditure, an increase N1.32 trillion over the initial executive proposal of N20.51 trillion.

The Senate President, Ahmad Lawan, had revealed to journalists at the weekend after a closed-door meeting with Buhari at the Presidential Villa, Abuja, that the President would sign the 2023 budget Tuesday.