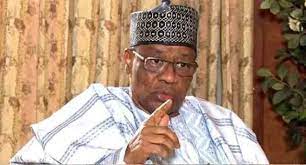 Is Former President IBB Dead? Read full details of what his media aide said as obtained by News Online.

Speaking to News Online, one of his media aides, Mahmud Abdullahi said death cannot be hidden in the north.

According to him, if the former President is dead, the news would not be hidden and cannot be hidden.

He said its high time people stopped spreading false information, stressing if Babangida was dead, the news would not be hidden from anyone.