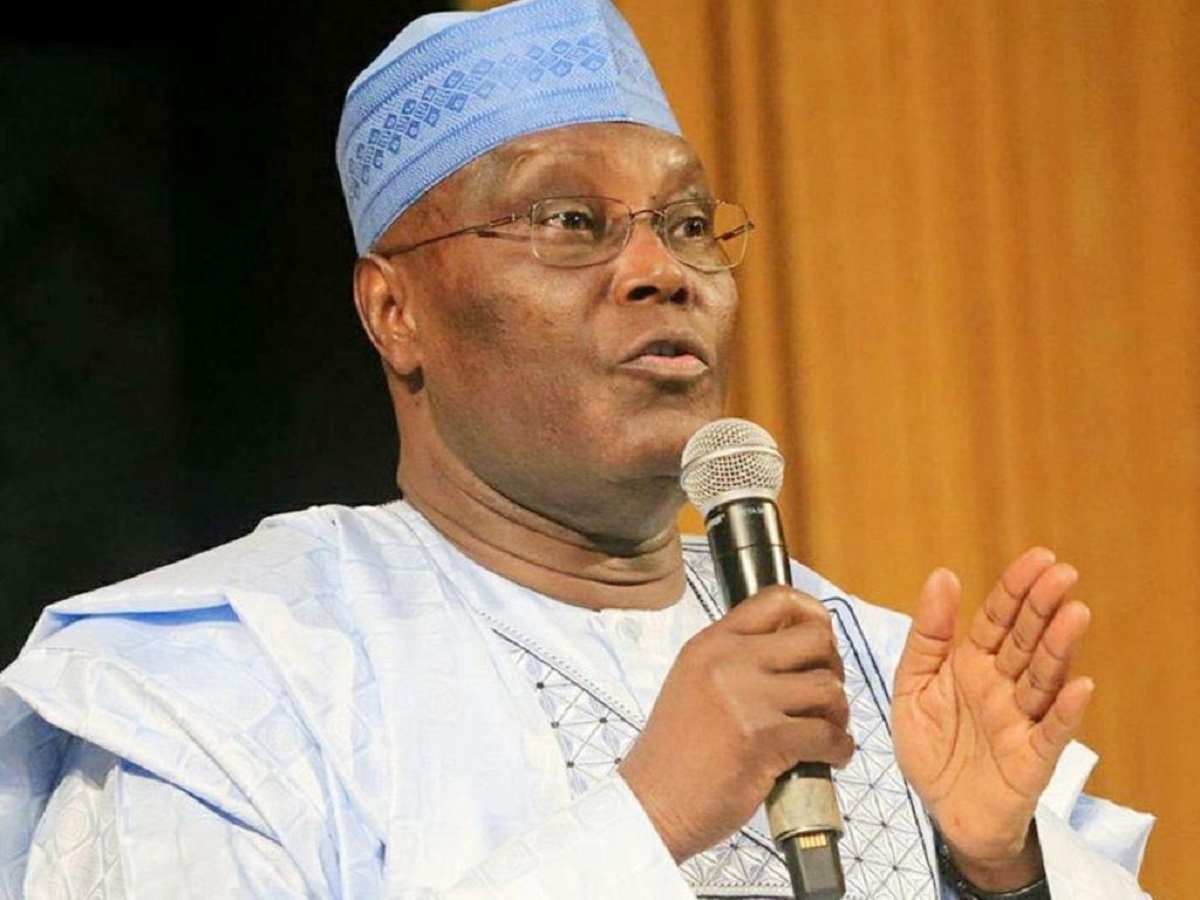 The presidential candidate of the Peoples Democratic Party (PDP) Atiku Abubakar, has warned Oby Ezekwesili against referring to him as a liar on his claim that he was the head of the economic management team from 199 to 2007 as vice president.

NewsOnline reports that Atiku’s reply to the former Minister of Education followed a statement from Ezekwesili advising the former vice president to stop deceiving Nigerians that he was responsible for the economic success of former president Obasanjo’s administration. Read more.

Atiku’s special adviser of media, Paul Ibe, in a series of tweets described Ezekwesili as ignorant and resorting to pettiness for political gains by claiming that the Waziri of Adamawa was never in charge of the economic success of Obasanjo’s regime from 199 to 2007.

Ibe wrote, Dear Oby Ezekwesili, I know it’s political season and people resort to all sorts of antics in support of their preferred candidates. But some things should be considered too low.
It is established history that Atiku as Chairman, National Economic Council headed the nation’s Economic Management Team between 1999-2007, during which Nigeria had some of her best economic growth.

“In trying – and failing – to weaken his standing in public, let us not resort to this sort of jaded ‘aproko’ pettiness. If Atiku wasn’t head of the Economic Management Team as VP, so who was? You?”

“This matter is a constitutional provision and you will do well either to bury your ignorance or advertise your apparent mischief.

“Enjoy the rest of your day but not in a bliss of ignorance, madam”, Ibe added.

Maintaining her stand that Atiku lied at the NESG forum by stating he was in charge of the economy, Oby argued, “President Obasanjo’s first term like I once said in my interview was mostly focused on rebuilding the grossly eroded social and political fabrics of Nigeria after many decades of military adventurism in governance. He did not set up an Economic Team at that time.”

The former Education Minister who was a member of the Obasanjo economic management team added, No, dear, Paul Ibe. You do need to be educated on the difference between the Presidential Economic Management Team and the National Economic Council.

“As for your attempt to insult, please report yourself to your Boss, Atiku.”

Ezekwesili in a series of tweets said: “There is a difference between the Economic Management Team set up for the 1st time ever in 2003 by President Obasanjo and the National Economic Council established by the 1999 Constitution as amended; Section 153(1) and Paragraphs 18 and 19 of Part I of the Third Schedule.

“The Presidential Economic Management Team (we called it “The Economic Team” for brevity) was a Technical Team of 12 persons from a range of expertise whom President Obasanjo constituted to drive Nigeria’s Economic Reform Agenda during his 2nd Term in office 2003-2007.

“In constituting the Economic Team, we designed it at two levels of Leadership:

“Our Team also had Thematic Issues Lead, e.g. I was for Good Governance.”

She further added, “At the Political Leadership level of the Economic Team, the then President, Olusegun Obasanjo instituted a Weekly Meeting before the Federal Executive Council where he would meet with us his Economic Team to discuss the Economic Reform Agenda. The President was Chair.

“As Chair of the Political Leadership Level of the Economic Team, the then President decided (usually with the counsel of his Economic Team) which sectoral Ministers, or Heads of Agencies, Parastatals and Departments joined this Weekly Wednesday meeting held before FEC meeting.

“As Chair of the Technical Level Leadership, the then Minister of Finance was the Head of our Technocratic Team of 12 persons which met in her office at the Ministry statutorily weekly and as often as necessary daily as we designed and began implementing the Economic Reforms.

“There is no sincere basis for confusing the work of the Presidential Economic Management Team that I described in the previous tweets with the National Economic Council, provided for in the Constitution and chaired by a Vice President. The functions are not the same at all. None.”

She noted that the “National Economic Council consists of:

“(a) Vice-President as the Chairman;

“(b) the Governor of each State of the Federation; and

“The National Economic Council which former Vice President Atiku constitutionally chaired and now by Professor Osinbajo is really an advisory organ that provides opportunity for the Federal Government and States of the Federation to discuss our Economy for coordination purpose.

“The 1999 Constitution also has the Vice President as the Chairperson of the National Council on Privatization. In that capacity, it is the duty of the Vice President to supervise the work of the Bureau for Public Enterprise BPE on behalf of the President,” Ezekwesili added.

Atiku Is A Liar, He Was Never Economy Head Under Obasanjo- Ezekwesili