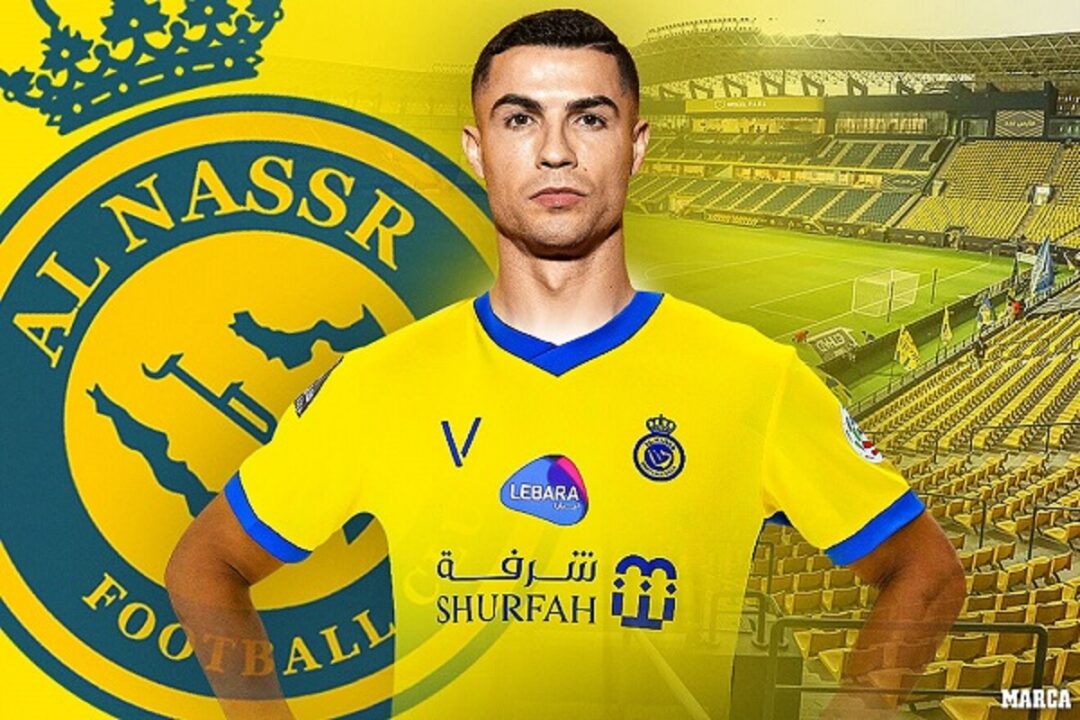 NewsOnline reports that Cristiano Ronaldo will sign a contract for Saudi Arabian side Al-Nassr on January 1, according to reports in Spain.

The Portuguese superstar looks to have finally found himself a new club following his dramatic exit from Manchester United just two days before the start of the World Cup.

The deal is understood to be one of the most lucrative in sports history and could see the five-time Ballon d’Or winner net close to €200m (£172m) per season.

According to MARCA, Ronaldo is set to sign a deal with Saudi Arabian side Al-Nassr at the start of next month, Daily Mail gathered.

The outlet claim that the initial deal will be worth close to 100m (£86m) but will be incentivised by further agreements such as advertisement and sponsorship deals.

The 37-year-old became a free agent at the end of last month after his fractured relationship with club chiefs worsened when he made a number of controversial statements in a TV interview with Piers Morgan.

The forward has made no comments over his future during the World Cup campaign – where his Portugal side find themselves in the round of 16 – but it seems he’s been working behind the scenes to get a deal done.

Al-Nassr are one of the most successful clubs in Saudi Arabia, having being crowned winners of the country’s top flight nine times, with their most recent triumph coming in 2019.

The club, however, have struggled to make a splash on the global scene, but they did compete in the Club World Cup in the 1999-2000 season.

That year they played against Real Madrid in their group, losing 3-1, with Nicolas Anelka and Raul among the scorers for the Spanish giants.

The Saudi giants also currently have a few big-name stars of the past in the form of former Arsenal goalkeeper David Ospina, Brazilian midfielder Luiz Gustavo and Cameroon striker Vincent Aboubakar – who scored a contender for goal of the tournament at the Qatar World Cup last week.

Their chairman, Musalli Almuammar, was previously the president of the entire division, the Saudi Pro League, between March 2018 and March 2020.

He now has an advisory role for the General Entertainment Authority, a government department that regulates the entertainment industry in Saudi Arabia.

Sportsmail exclusively revealed earlier this month that Ronaldo would kiss goodbye to £16million after it was confirmed that he had left Manchester United by mutual consent with immediate effect earlier this month following his explosive two-part interview with Morgan on TalkTV.

His departure led to plenty of speculation, although Premier League rivals Chelsea had also cooled their interest in Ronaldo since his bombshell interview where he slammed United’s owner and manager Erik ten Hag.

“We have already dealt with this,” Kahn told Sky Sport Germany. “We have a clear idea, a clear philosophy of how our squad should be put together.

“We all appreciate him, there’s no discussion.

“We all love Cristiano Ronaldo, but that’s something that doesn’t fit into our idea.”

Chatham House: I Was Born In 1952, My Record Is Consistent- Tinubu

2023 Election, Census Will Be Peaceful, Fear Not- Osinbajo Assures Nigerians