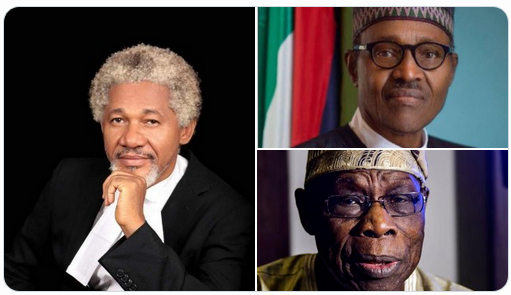 Human Rights Lawyer, Malcolm Omirhobo, has slammed the presidency for stating that former president Obasanjo is jealous of President Muhammadu Buhari’s achievements, saying that Obasanjo as president valued the lives of Nigerians, unlike Buhari.

Newsonline reports that Malcolm Omirhobo said Obasanjo ruled Nigeria, though not without blemish, but President Buhari is running an animal farm where lives of cows matter more that the lives of Nigerians.

The Human Rights Lawyer, Omirhobo said this in reaction to the press release by the presidency, signed by Garba Shehu, who accused the former Nigeria president of being jealous of Buhari’s achievements including the second Niger bridge.

Olusegun Obasanjo had in his New Year Day letter said Buhari has taken Nigeria from frying pan to fire, He added that Buhari took Nigeria to what it was before the country returned to the fourth republic in 1999.

In a series of tweets on his Twitter handle, Malcolm Omirhobo asked Nigerian youths to see the endorsement of Peter Obi by Obasanjo as an open ticket to securing the liberation of Nigeria from bad leaders.

“Fellow Nigerians you can take Chief Olusegun Obasanjo’s endorsement of Peter Obi as the next president of Nigeria to the bank. It is an open cheque. Go cash it.

“To the Nigerian youths, I urge you to accept Chief Obasanjo’s endorsement of Peter Obi as next President of Nigeria because what an elder like Chief Obasanjo can see sitting down on a chair you cannot see while on top of an Iroko tree,” he added.

Omrihobo advised youths further, “Wherever you find yourself win a soul for Labour Party and Peter Obi for the actualization of a greater and brighter future. PDP and APC with the ancestors have nothing to offer you. It is in your best interest.”

“I advise Nigerians not only to vote for Labour party and Peter Obi as President of Nigeria but to also support and work for him and his party. Don’t just be on the social media canvassing for them go to the streets, villages, cities, house to house to canvas,” he said.