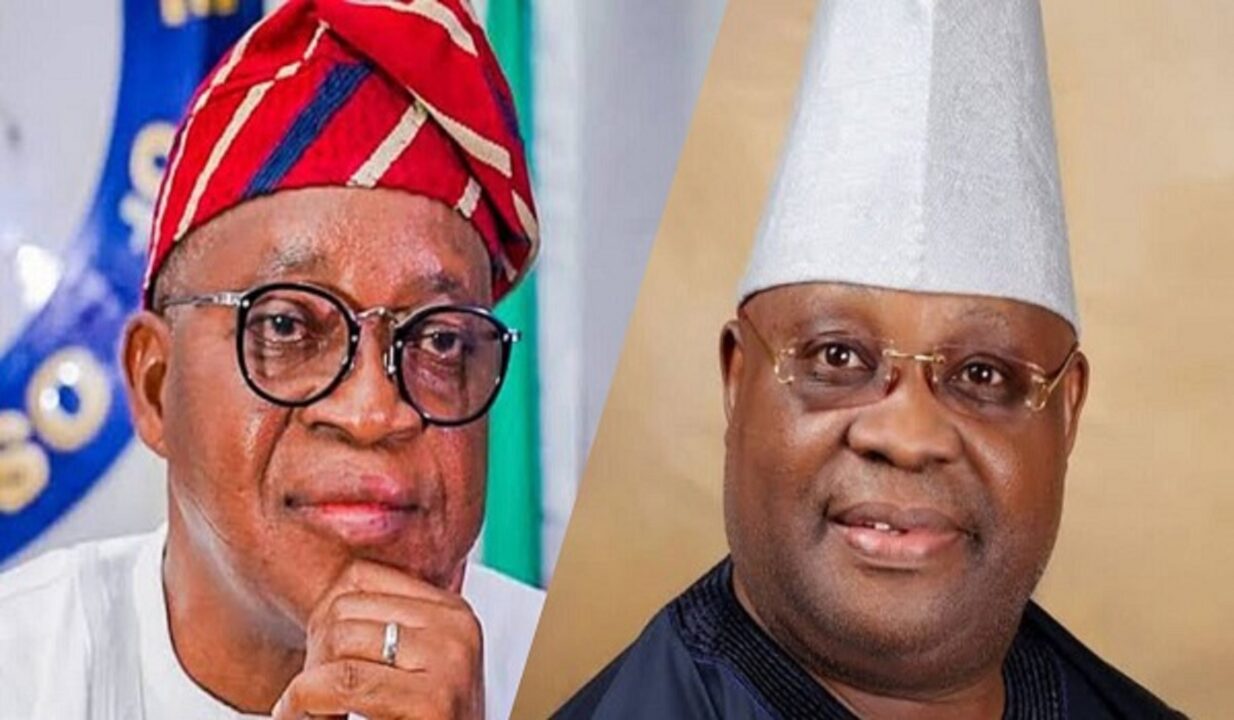 Tribunal has fixed a date to decide Ademola Adeleke’s fate as Osun Governor.

NewsOnline reports that the Osun Governorship Election Petition Tribunal hearing the petition of former Governor Adegboyega Oyetola against the victory of Senator Ademola Adeleke on July 16, 2022, has fixed Friday 27th January 2023 for judgement.

This online newspaper recalls that Former Governor Oyetola dragged the Independent National Electoral Commission(INEC) with Governor Adeleke and Peoples Democratic Party (PDP) before the Tribunal challenging over voting in 749 polling units and the qualification of Adeleke.

The sitting was concluded on January 13, 2023, after the adoption of the final written addresses of the parties involved.

The chairman of the panel, Justice Tertse Kume, declared the judgement date will be communicated to parties through the lawyers.

A notice by the tribunal fixed Friday 27th January 2023 for judgement.

Our correspondent, who visited Osun High Court, Oke-Fia where the tribunal is sitting, observed the notice of judgement has been pasted on the board at the entrance of the tribunal hall.

The notice signed by the secretary of the Tribunal, David Umaru reads: “Petition number, EPT/OS/GOV/01/2022 between Adegboyega Isiaka Oyetola and Other ADEGBOYEGA ISIAKA and Independent National Electoral Commission (INEC) and two others, the judgement shall hold on Friday 27th January 2023 at 9 AM.”